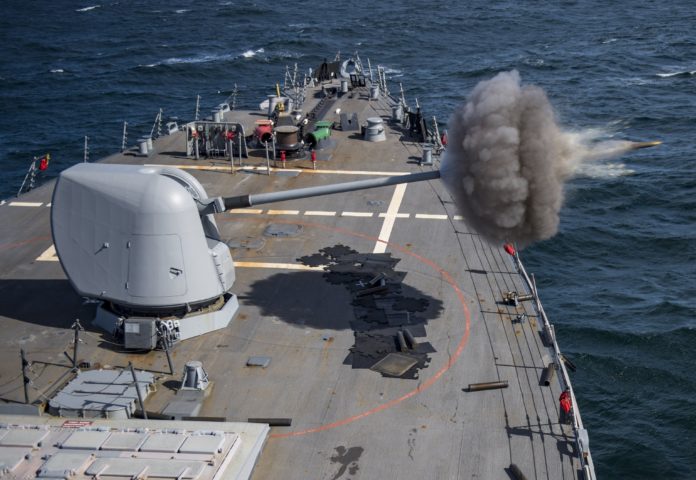 The Arleigh Burke-class guided-missile destroyer USS Ross (DDG 71) departed Agadir, Morocco, Jan. 13, 2018, after a scheduled port visit to participate in exercise African Sea Lion with the Royal Moroccan Navy frigate Tarek Ben Ziyad.
One of African Sea Lion’s objectives is to test and evaluate U.S. and Moroccan ability to conduct coordinated, combined naval surface fire support exercises on the Tan Tan firing range.
“Engagements such as these strengthen the bonds between the U.S. and our partners as we work peace and prosperity in the region,” said Cmdr. Bryan S. Gallo commanding officer of Ross. “It was a pleasure working with the Royal Moroccan Navy, and we look forward to holding additional exercises in the future to maintain the warfighting readiness of both our respective naval forces.”
Ross, forward-deployed to Rota, Spain, is on its sixth patrol in the U.S. 6th Fleet area of operations in support of regional allies and partners and U.S. national security interests in Europe and Africa.
U.S. 6th Fleet, headquartered in Naples, Italy, conducts the full spectrum of joint and naval operations, often in concert with allied and interagency partners, in order to advance U.S. national interests and security and stability in Europe and Africa.