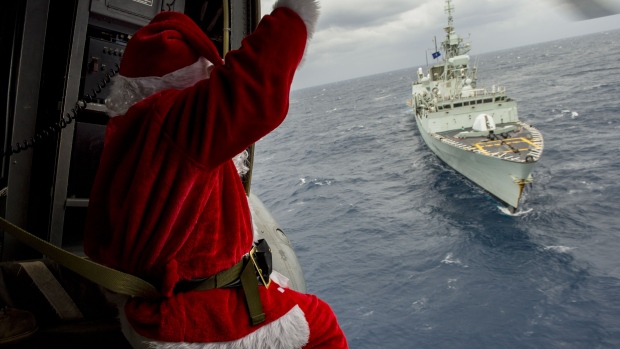 How Canada’s navy celebrated Christmas 7,000 km from home
HMCS Charlottetown received two shipping containers full of gifts, treats and Christmas decorations.
The Canadian frigate’s crew got a surprise last month, four months after leaving Halifax.
Crew were met in Greece by two flatbed trucks full of mail from Canada that had been en route to the ship for about a month. They were thr gifts that their families had put together.
Santa also arrived — via Sea King helicopter rather than sleigh.
The ship spent Christmas in the eastern Mediterranean, more than 7,200 kilometres from its home port of Halifax.
Along with the gifts, letters and decorations, there were also holiday treats.
Every sailor received a small duffel bag of morale-boosting items like candies and treats.
The crew also had a Christmas meal on board, “where the junior sailors sit down for a meal and they’re served by the senior members of the ship,” he said.
HMCS Charlottetown’s six-month deployment was the seventh ship Canada has sent to the Mediterranean region in support of an ongoing NATO mission called Operation Reassurance.
It began in 2014 as a display of solidarity for Ukraine following Russia’s annexation of its Crimean Peninsula.
HMCS Charlottetown will soon start its journey back home, returning to Halifax later this month. 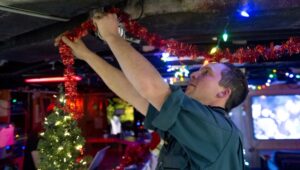 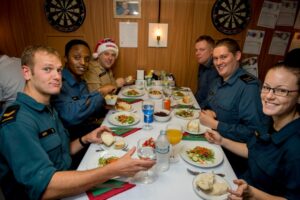