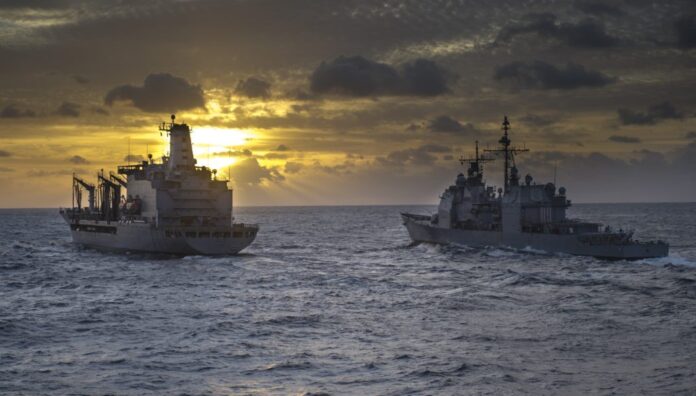 The guided-missile cruiser USS Leyte Gulf, which was involved in a minor collision with a resupply ship on Feb. 5, has left port after repairs and will shortly resume training with the Abraham Lincoln Carrier Strike Group

There was no injuries. The gashes in the side of Leyte Gulf were repaired when the ship was pier-side in Mayport. Peary returned to Virginia.

Peary and Leyte Gulf were performing a complicated CORPEN NOVEMBER turn during the underway replenishment when the collision occurred. Underway resupplies are among the most complex and dangerous maneuvers performed by warships with ships operating as close as 150 feet from each other.

The two ships were training with the Lincoln CSG as part of its Composite Training Unit Exercise (COMPTUEX) that began on Jan. 24. The complex, multi-ship exercise lasts weeks and is a final qualification before the CSG leaves for deployment later this year.