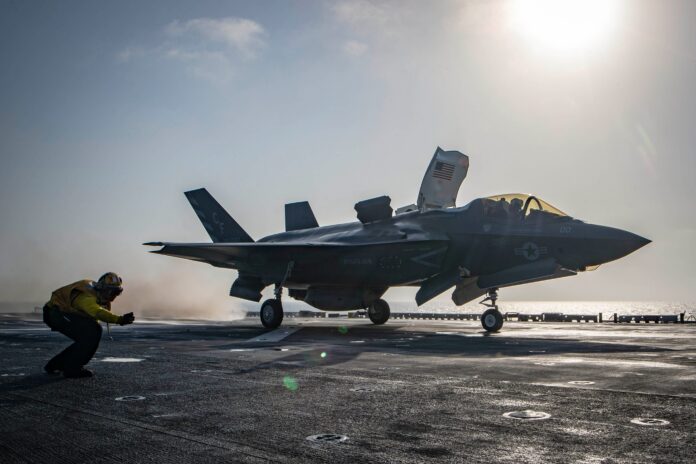 During this mission, the F-35B conducted an air strike in support of ground clearance operations, and the strike was deemed successful by the ground force commander.
“The F-35B is a significant enhancement in theater amphibious and air warfighting capability, operational flexibility, and tactical supremacy,” said Vice Adm. Scott Stearney, commander, U.S. Naval Forces Central Command. “As part of the Essex Amphibious Ready Group, this platform supports operations on the ground from international waters, all while enabling maritime superiority that enhances stability and security.”