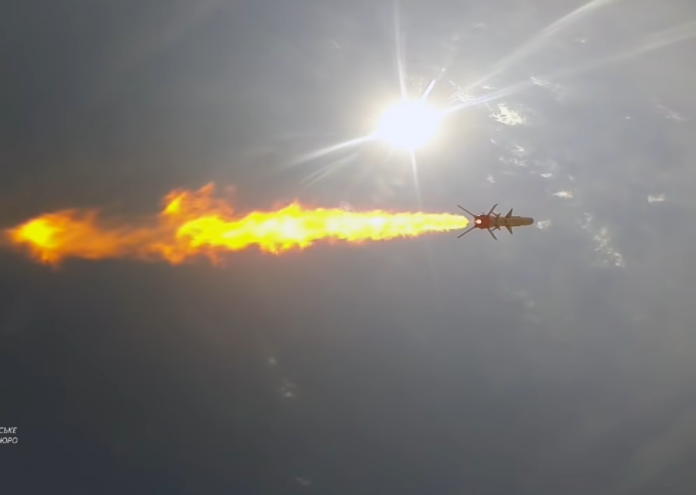 The missile is developed by State Kyiv Design Bureau Luch. Expected to be mounted on 3 platforms: ship, land and air lunches.

The effective range of Neptun missile is 300 kms.

The missile is similar in design to the Soviet anti-ship missile Kh-35 and have similar technical characteristics, according to some Ukrainian sources.

Secretary of Ukraine’s National Security and Defense Council Oleksandr Turchynov confirmed on Twitter that the Neptune can sink warships with displacements of up to 5,000 tons.