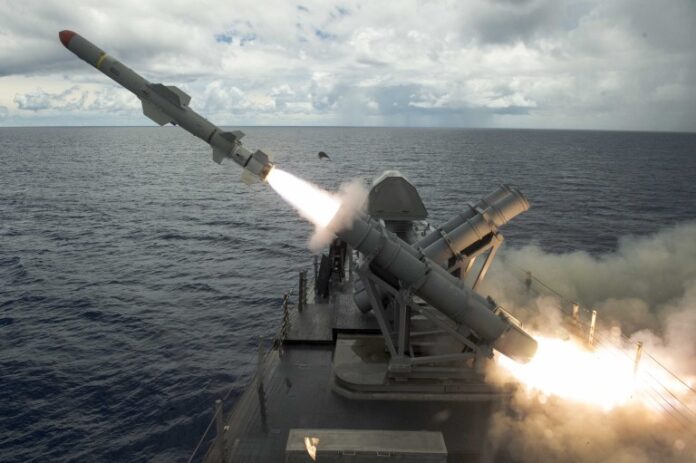 He added that those sensors are better in bad weather and difficult lighting conditions on the water.

The Harpoon (RGM-84/UGM-84/AGM-84) is a U.S.-designed subsonic antiship cruise missile that has been in service since 1977. It is an all-weather, over-the-horizon, anti-ship missile system, developed and manufactured by McDonnell Douglas (now Boeing Defense, Space & Security). In 2004, Boeing delivered the 7,000th Harpoon unit since the weapon’s introduction in 1977. The missile system has also been further developed into a land-strike weapon, the Standoff Land Attack Missile (SLAM).