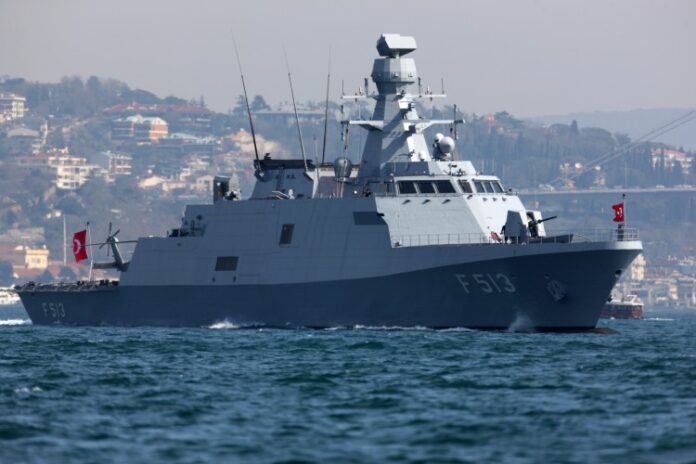 Ukraine has signed agreements with Turkish companies on technology transfer and production of four ADA-class corvettes and UCAVs for the needs of the Ukrainian Armed Forces on 15th December, Ukraine MoD announced. The signing took place during the visit of the Turkish delegation headed by the President of the Defence Industries of the Republic of Turkey.

According to the Minister of Defence of Ukraine, these are primarily projects designed to radically strengthen the combat capabilities of the Ukrainian Navy to enhance security in the Black and Azov Sea regions.

The parties discussed the implementation of the agreements within the framework of the intergovernmental agreement and noted that the cooperation between Ukraine and Turkey in the field of defence is of a strategic nature.

“These are the first foreign economic agreements on military goods” said Ministry of Defence of Ukraine.

In October the MoD of Ukraine and the President of the Turkish Defence Industries signed a Memorandum outlining their intentions to launch and implement joint projects to build warships, unmanned aerial vehicles and all types of turbines. At the same time, a Framework Military Agreement was signed between two countries.

A total of four corvettes are planned to join the Ukrainian Navy as part of the agreement.

Turkey will also deliver a total of four ADA-class corvettes to Pakistan.

The Ada-class, as part of the MILGEM project, represents the first national ship building project staged in Turkey. Its goal was to build a modern corvette with indigenous anti-submarine warfare and high-seas patrol capabilities, extensively using the principles of stealth technology in its design.

The class is designed to embark a 10-ton helicopter with platform, hangar and extensive service and handling equipment. Helicopter operations can be performed at sea state 4. A MILGEM corvette is designed to accommodate 106 sailors including the flight crew. The total accommodation is 108 including sickbay.

Milgem-class are multipurpose corvettes able to conduct a wide a range of missions, including reconnaissance, surveillance, anti-submarine warfare, surface-to-surface and surface-to-air warfare.