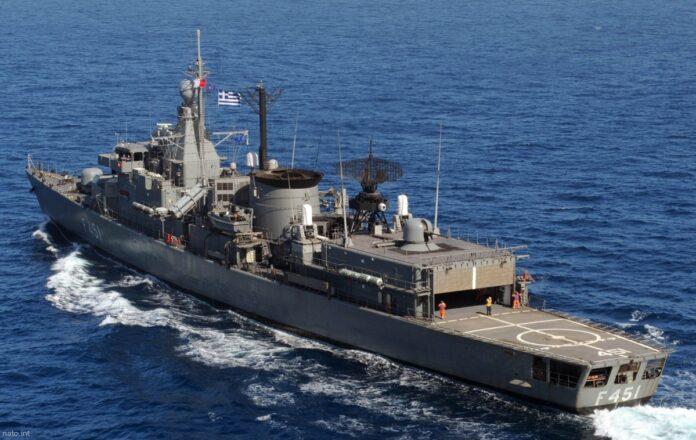 According to Greek sources, U.S. asked Greece to make a contribution to the multinational naval force that will monitor the Persian Gulf in order to assure maritime security. The request referred to assistance either with a large naval unit – a frigate – or with an aerial intelligence, surveillance and reconnaissance tool, probably a frigate.

However, at the moment, Greece does not have sufficient means to meet its own air surveillance needs, and is, therefore, unable to cater to demands of third parties due to its financial status. Additionally, after a series of meetings of the Greek Defense and Foreign ministries, it was decided, with regard to the request for naval assistance, that the Hellenic Navy cannot currently provide any frigates due to its standby situation in the Aegean and the Eastern Mediterranean.

To date, major European countries, such as Germany, have refused to join a US-led naval force, and Paris has also made it clear that it will not waive its privilege of direct contacts with the Iranian leadership in Tehran. U.S. provided cooperation of UK and Israel (just intelligence support, no naval units) for the mission at Gulf.