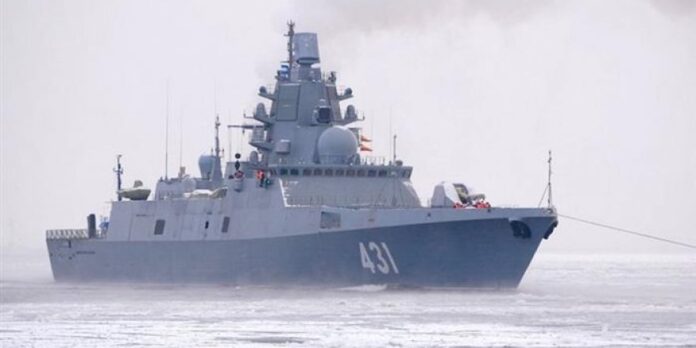 According to the statements of Russian Navy Officials, the Project 22350 newest frigate Admiral Kasatonov (431) will set off for Baltic Sea ranges at the following week for the final stage of shipbuilders’ trials.

“During the week, the Project 22350 latest frigate Admiral Kasatonov will set off for the concluding stage of shipbuilders’ trials at the designated ranges of the Baltic Sea. A decision on its departure will be made following a final report to Russian Navy Commander-in-Chief Nikolai Yevmenov and upon the readiness of the frigate’s crew and the Severnaya Shipyard’s delivery team for fulfilling the program of trials,” the naval officer stated.

Within the scope of the final stage of the shipbuilders’ trials, some of the systems of the frigate will be checked by specialists. In September, the warship will enter official acceptance tests.

“The frigate’s crew has undergone comprehensive training at the Russian Navy’s Integrated Training Center for carrying out all the stages of the program of trials and the subsequent operation of shipboard equipment and armament systems,” the spokesman reported.

The frigate Fleet Admiral Kasatonov is the second (the first serial-produced) Project 22350 warship built at the Severnaya Shipyard (part of Russia’s United Shipbuilding Corporation). The cutting-edge frigate was laid down on November 26, 2009 and floated out on December 12, 2014. The first stage of the shipbuilders’ trials was held in late 2018. The frigate is set to be delivered to the Russian Navy this year.

The lead warship of this series, the Admiral Gorshkov, was delivered to the Navy in the summer of 2018 and the construction of two more frigates (the Admiral Golovko and the Admiral Isakov) continues at the slipways of the Severnaya Shipyard in St. Petersburg.

Project 22350 frigates are expected to become the Russian Navy’s most advanced warships in their class. These frigates displace 4,500 tonnes and can develop a speed of 29 knots. They are armed with Oniks and Kalibr missiles and the Poliment-Redut air defense missile systems.