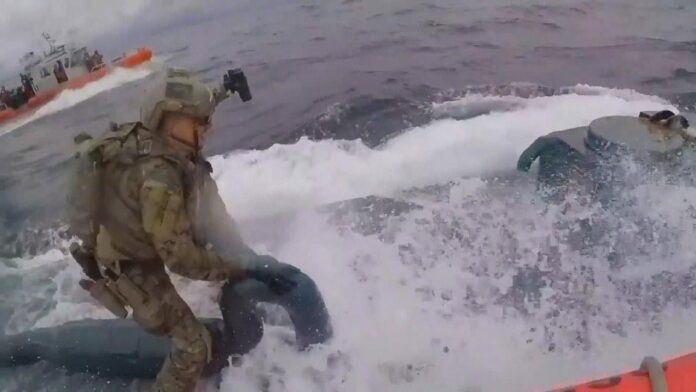 The US Coast Guard released a video on Thursday that showed exactly how one might intercept a fast-moving narco-sub on the high seas, netting more than 17,000 pounds of cocaine in the process.

The event, a video of which was released on July 11, took place on June 18 in the East Pacific Ocean. In the minute-long video, a member of the Coast Guard is heard yelling at a semi-submersible vessel tearing through the ocean — a half underwater and half exposed vessel — and demanding it stop.

Bravery of the officer was really impressive. This incident was also praised by President Trump with a tweet : “Do you believe this kind of bravery? Amazing drug seizure. WATCH!”