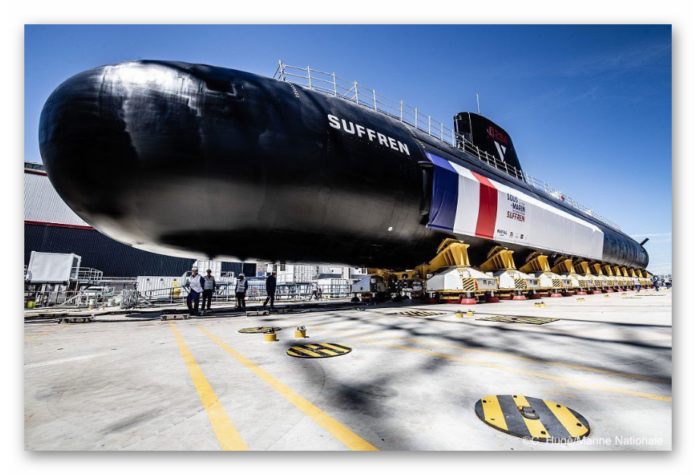 12nd July 2019 was a day of proud for French defense industry, because the launching ceremony was held for their new nuclear-powered attack submarine manufactured by Naval Group at Cherbourg. The nuclear-powered attack submarine Suffren, whose name comes from Pierre André de Suffren (an admiral who fought the British on the high seas in the 18th century and highly regarded by the French Navy), the first of a new generation of French Navy boats built to replace the ageing Rubis-class.

President Emmanuel Macron and armed forces minister Florence Parly are due to go to Cherbourg, northern France, for the formal hand over, pointing up the political significance of the Barracuda program.

Suffren’s sea trials are due to begin in the first quarter next year.

The new generation of submarines will be able to spend up to 70 days at sea, considerably more than the 45 days achievable by the Rubis-class.