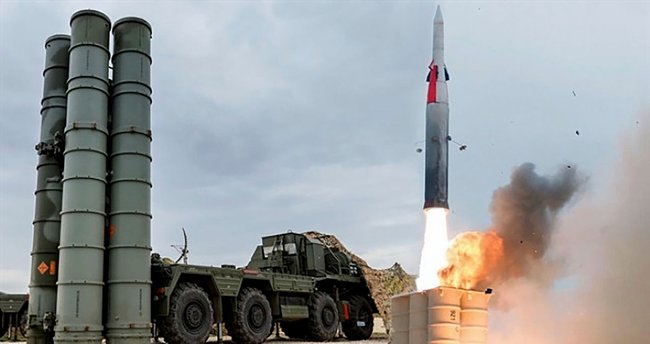 Turkey’s S-400 Air Defence System purchase from Russia in on the agenda of U.S. and NATO for a long time. Lots of discussions made about this issue. U.S. and NATO don’t want Turkey to get a system from their biggest rival, Russia. They think that it’s impossible to embed S-400 system into NATO defense concept. Of course Turkey has own reasons to get the system. Turkey wanted to get Patriot air defence system but it was vetoed by U.S. senate before. Before getting the system Pentagon threatened to remove Turkey from F35 aircraft programme. Moreover, CAATSA sanctions are on the agenda of U.S. senate.

On 12nd July 2019, Turkey officially declared that they have begun deliveries of Russian-made S-400 air defense system. The explanation for the delivery came first from the Ministry of Defense and then from the Presidency of Defense Industry.
In the statement of the Ministry of National Defense, the first group of S-400 which is described as “long-range air and missile defense system” arrived to Mürted Airport near Ankara. In the statement of the Defense Industry Presidency, the delivery will continue in the following days, “The system will be ready to use as determined by the relevant authorities after the full readiness” information was included.

We will see United States of America’s reaction at following days.

S-400 is one of the strongest “long range and wide area air defense system” of the world. After getting this strategic defense system, Turkey’s air defense is expected to be quite strong and effective especially at Eastern Mediterranean.