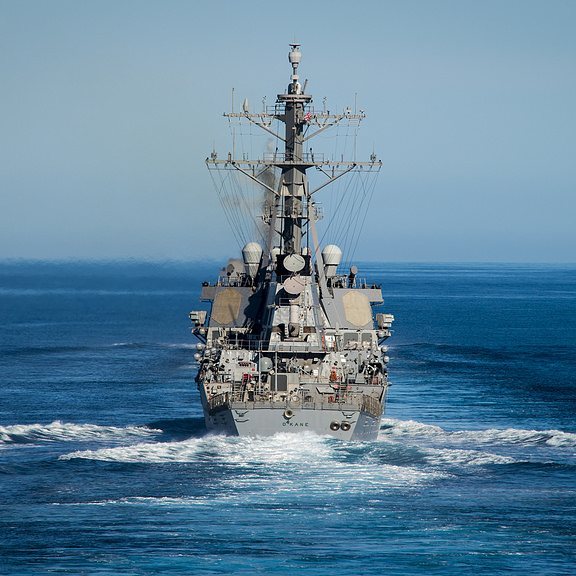 The guided-missile destroyer USS O’Kane (DDG 77) departed Joint Base Pearl Harbor-Hickam for an independent deployment to the Western Pacific, Nov. 3.

O’Kane has a crew of nearly 330 Sailors, officer and enlisted, and is a multi-mission ship designed to operate independently or with an associated strike group.

While deployed, the ship will conduct theater security cooperation and maritime presence operations with partner nations. Having steadily worked through a sustainment cycle, the ship’s commanding officer is confident in his ship and crew’s performance.

O’Kane is named after Adm. Richard O’Kane, a Medal of Honor recipient, as the aggressive commanding officer of USS Tang during World War II. USS O’Kane was last deployed to the Persian Gulf in 2014.