navalpost
Home Exercises The Indian Navy is broadening its patrol areas in the Indian Ocean... 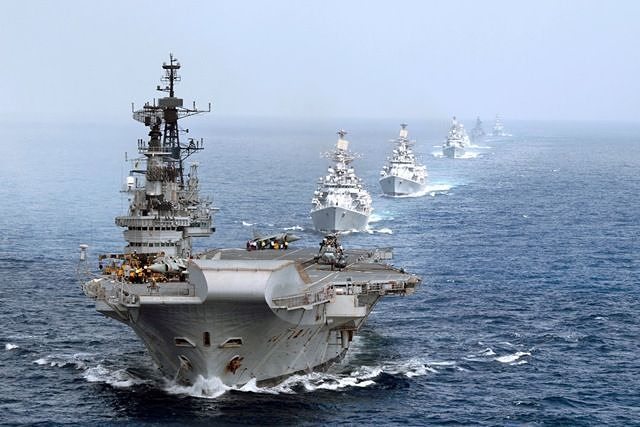 The Indian Navy is broadening its patrol areas in the Indian Ocean Region to cover all choke points in the face of increasing maritime threats, its chief Sunil Lanba told to Indian Press .

“Last year, we had a relook at our deployment pattern and we reached a consensus within the Navy to have a mission-based deployment so that our areas of interest can be kept under permanent surveillance. So the ingress and egress routes of the Indian Ocean Region are being kept under surveillance so that we have better awareness and know what is happening,” Admiral Lanba said on the sidelines of the first Goa Maritime Conclave (GMC), which saw the participation of 10 Indian Ocean littoral states.

Under the mission-based deployment, 12 to 15 ships are now permanently deployed at the choke points and crucial sea lanes of communication.

Addressing the GMC, Defence Minister Nirmala Sitharaman had expressed concern that “extra-regional nations maintain near permanent presence” in the region, in an oblique reference to China.

The Chinese have been sending ships to the northern Indian Ocean in the name of anti-piracy operations and over the last two to three years on average about 8-10 ships have been deployed. This August, the number shot up to 14.

Apart from getting access to several ports and facilities in the Indian Ocean, China recently opened its first overseas military base in Djibouti in the Horn of Africa, giving it the ability to monitor across the Gulf of Aden and the Persian Gulf.