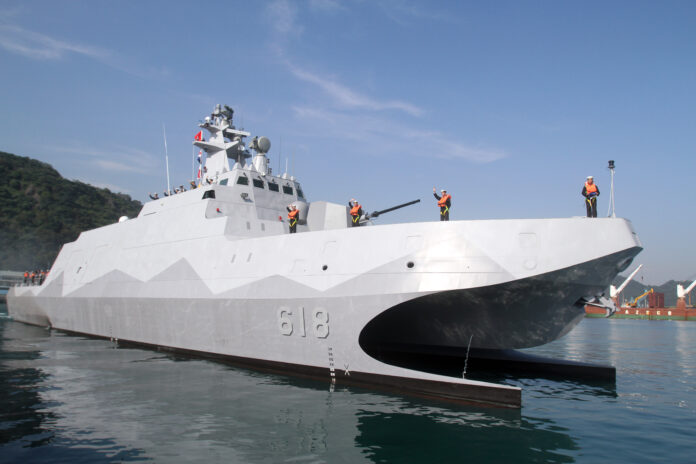 According to the Taiwanese press, The Taiwan Ministry of National Defense plans to invest an estimated NT$500 billion (US$16.2 billion) after 2026 on next-generation guided missile frigates, submarines and principal warships.
After that year, the military plans to develop the first and second production blocks of an indigenous submarine and a next-generation guided missile frigate, as well as a next-generation principal warship class’ lead vessel and first production block.
According to the general budget plan for fiscal 2019 — which was last month submitted— the shipbuilding programs of the Taiwan navy and the Coast Guard Administration are to receive about NT$180 billion in funding.
The navy is to receive NT$49.3 billion for the lead vessel of the indigenous submarine program and NT$31.6 billion for 60 miniaturized missile attack boats.
It would also receive NT$24.5 billion to begin development of the first vessel of the next-generation guided missile frigate program and NT$16.4 billion for three Block II Tu Jiang-class corvettes.
The remainder of the planned budget allocated to the navy includes funding for other programs, ranging from amphibious transport docks, submarines and minelayers to rescue ships and 26 special operations rigid inflatable boats.
The coast guard is to receive NT$42.6 billion to procure 4,000-tonne patrol boats and modified Tuo Chiang-class corvettes.