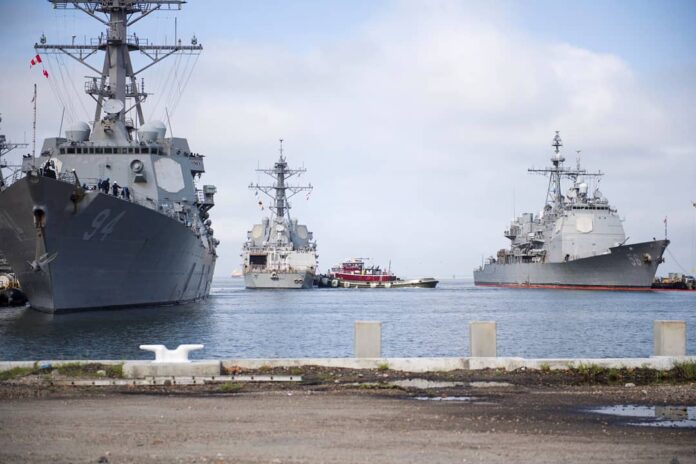 Commander, U.S. Fleet Forces Command ordered all Navy ships in the Hampton Roads area to get underway ahead of Hurricane Florence.
There are nearly 30 ships started to get underway from Naval Station Norfolk and Joint Expeditionary Base Little Creek as Hurricane Florence is forecasted to bring high winds and rain to the Mid-Atlantic coast. Ships will be directed to areas of the Atlantic where they will be best postured for storm avoidance.
Some units will not get underway due to maintenance status but will be taking extra precautions to avoid potential damage. Commanding officers have a number of options when staying in port, depending on the severity of the weather. Some of these options include adding additional mooring and storm lines, dropping the anchor, and disconnecting shore power cables. “Our ships can better weather storms of this magnitude when they are underway,” said U.S. Fleet Forces Commander Adm. Christopher Grady in a news release earlier this weekend.
The number one mission is to protect the fleet, to include keeping our personnel and their families safe.