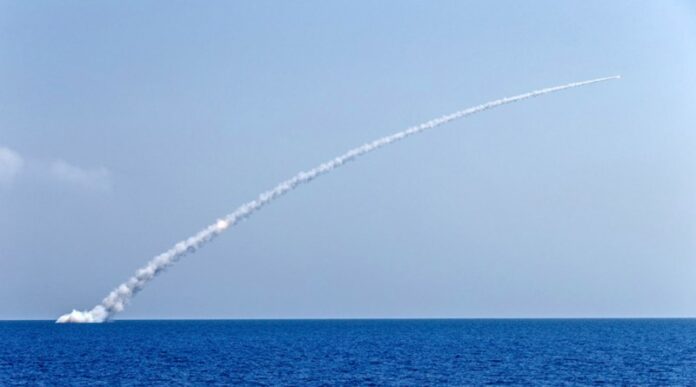 According to the reports of Russia’s Defense Ministry on Wednesday (9th October) Russian Kilo 636.3 class submarine Kolpino performed a live-fire exercise in the Black Sea by launching Kalibr cruise missiles.

“The crew of the Black Sea Fleet’s submarine Kolpino fired Kalibr missiles against a coastal and a naval target at combat training ranges in the Black Sea. The sub launched the missiles from its submerged position,” the press office said.

The missiles successfully hit the targets “located on the coast in the area of the Opuk practice range and at one of the Black Sea Fleet’s naval training ranges,” the Defense Ministry said.