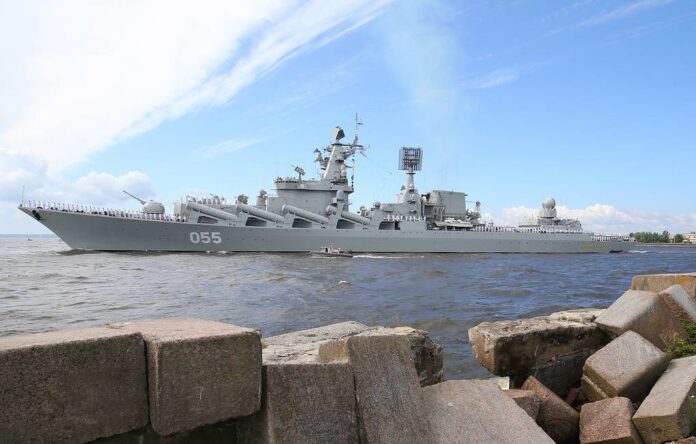 The Russian Northern Fleet’s missile cruiser Marshal Ustinov continued its deployment in the Mediterranean Sea after completing its visit to Algeria, the Fleet’s press office reported on Thursday.

“The visit by the Northern Fleet’s sailors lasted three days from August 26. The crew of the cruiser Marshal Ustinov replenished food supplies, loading 12 tonnes of food products into the ship’s storerooms,” the press office said in a statement.

The guided missile cruiser Marshal Ustinov entered the Mediterranean Sea on August 22. The warship departed the Northern Fleet’s main naval base of Severomorsk on July 3 to take part in Russia’s Main Naval Parade in St. Petersburg on July 28. After the parade, the missile cruiser’s crew took part in the Russian Navy’s large-scale exercise Ocean Shield-2019. After it left its home base, the missile cruiser covered a distance of about 9,000 nautical miles.

During their deployment in distant waters, the Northern Fleet’s sailors will accomplish a series of military and diplomatic missions, make business calls at the ports of several Mediterranean countries and hold a set of defensive drills. One of the warship’s basic tasks is to ensure Russia’s naval presence in the region and demonstrate the Russian Navy’s flag.