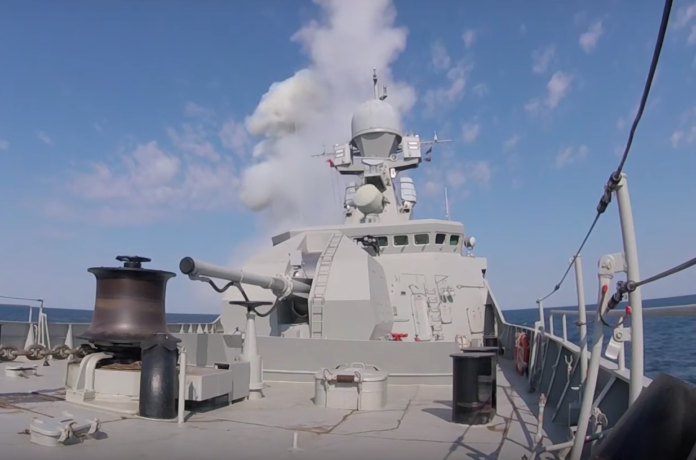 Russia has launched its cruise missile“Kalibr” for the first time as a part of a command and staff exercise, with the video of the launch published by the Russian Ministry of Defence on Thursday, 30 August.

The video shows the cruise missile being launched from the “Vychny Volochek” which is a Buyan class ship belonging to the Russian Navy’s Black Sea Fleet. “The missile was fired at a large target shield that imitated a potential enemy’s ship, which was located 40 nautical miles (more than 74 kilometers) from the firing point. The target was hit successfully, and this was recorded by unmanned aerial cameras,” said the Ministry of Defence.