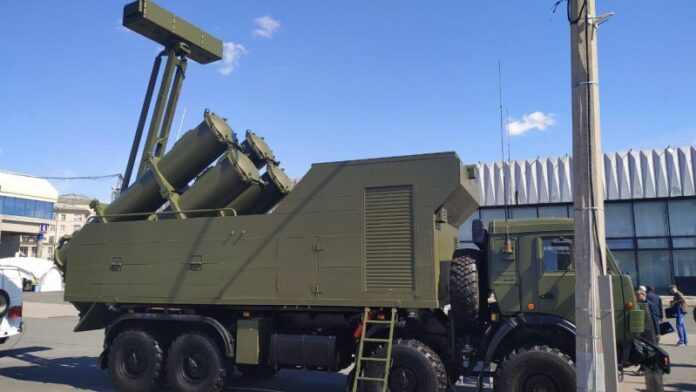 Coastal defence systems are the nightmare of the ships which are conducting operations close to shoreline, especially littoral ships, guided missile fast patrol boats etc. There are many kinds of coastal missile systems around the world. At IMDS-2019, held in St.Petersburg at Russia, a new light coastal defense system, Rubezh-ME (new lightweight version of BAL-E) has been introduced.

The Rubezh-ME, dedicated to the export market, is based on a Kamaz 63501 8×8 chassis which is more compact than the MZKT-7930 of the original Bal-E.

The Rubezh-ME still uses the same familly of KH-35 anti-ship missile. The system is paired with its Monolith-B self-propelled commmand vehicle with control and communication unit. The Rubezh-ME can be deployed in less than 15 min, be positioned up to 1km above sea level and 10km from the coast line.

The presence of an additional anti-ship missiles on a transport-handling vehicle makes it possible to carry out a multiple salvo firing after reloading of the launcher, which increases the firepower and combat effectiveness of the system.