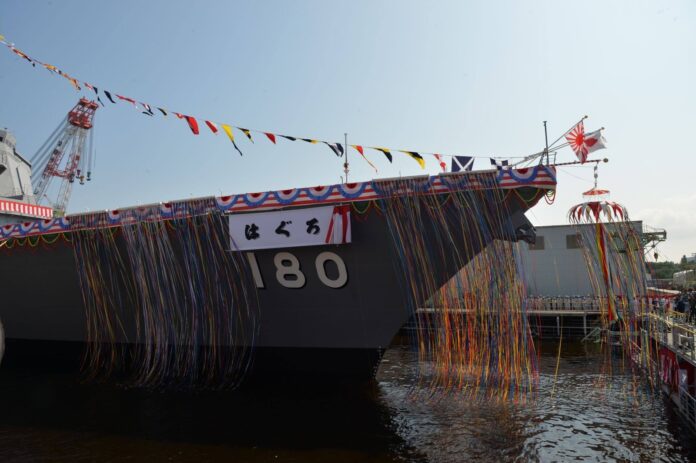 The Japan Maritime Self Defense Force’s (JMSDF) second Maya-class Aegis destroyer Haguru (DDG 180) was launched in a July 17 ceremony in Yokohama City. The vessel is the second ship of its class and the eighth JMSDF ship equipped with the Aegis Combat System. Fitted with the Cooperative Engagement Capability (CEC) system, the destroyer will be capable of sharing fire control data with other Aegis-equipped ships in Japanese and allied fleets. The ship is expected to enter service in March 2021.

Built by Japan Marine United (JMU) Corporation, the 170-meter destroyer is an improved version of the Atago-class ships that entered service in 2007 and 2008.

The Maya-class will displace 8,200 tons and carry SM-3 Block IIA and SM-6 interceptors for the ballistic missile defense role, in addition to SM-2 and the Evolved Sea Sparrow Missile (ESSM).

The destroyers, each of which has a crew of about 300, are also equipped with multifunction towed array (MFTA) sonar systems and electronic warfare (EW) capabilities.