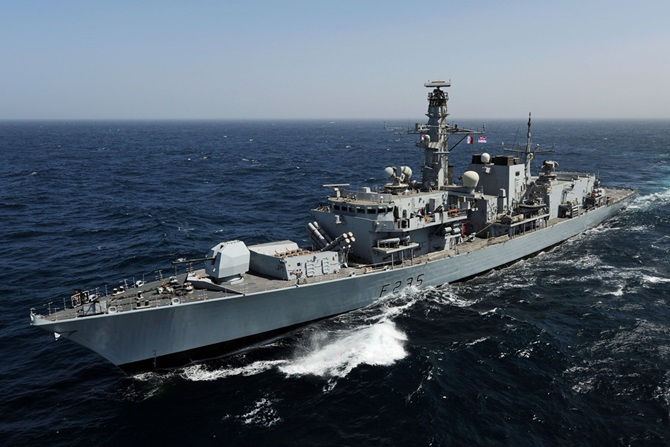 The Royal Navy is to shuffle the home bases of its Type 23 Frigates based at Portsmouth and Devonport.
The changes, announced by Defence Secretary Gavin Williamson, aim to bring ships of the same purpose together in one place by 2018.
Devonport will become home to eight anti-submarine warfare frigates, while the five general-purpose ships will be at Portsmouth.
Rear Admiral Chris Gardner, said the changes would occur during “unmanned upkeep periods” over the space of five years.
“I want to reassure all our sailors that we will be managing the base moves as efficiently as possible, minimising the disruption to our people and their families,” he added.
Portsmouth is currently home to six frigates – Lancaster, Iron Duke, Westminster, Richmond, Kent and St Albans.
By 2023 it will be the base for five – Argyll, Lancaster, Iron Duke, Monmouth and Montrose.
Devonport is home to Northumberland, Somerset, Sutherland, Portland, Argyll, Monmouth and Montrose.
It will become home port to Westminster, Northumberland, Richmond, Somerset, Sutherland, Kent, Portland and St Albans.
A Navy spokesman said the changes would bring more stability for crews and their families.
The first vessel to move will be HMS Richmond from Portsmouth to Plymouth in 2018.