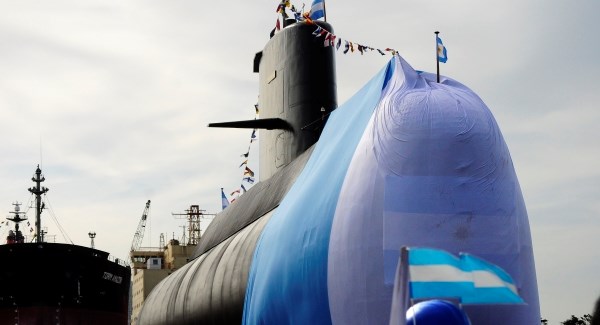 Argentina’s president vows submarine search will continue
Argentina’s president has said an international search will continue for a submarine carrying 44 crew members that has been lost in the South Atlantic for nine days and the vessel’s disappearance will be investigated.
The Argentine navy said an explosion occurred near the time and place where the submarine went missing on November 15 as it was sailing from the extreme southern port of Ushuaia to the coastal city of Mar del Plata.
That has led some family members of the crew to give up hope of a rescue. Navy officials and outside experts also worry that even if the sub is intact but submerged, its crew may be running out of oxygen.
“The disappearance and current search of the ARA San Juan submarine has touched all Argentines. It’s a difficult moment for all, but obviously, especially for the families of the 44 crew members,” President Mauricio Macri said in his first public comments about the missing submarine at the navy’s headquarters in Buenos Aires.
“I’m here to guarantee you that we will carry on with the search, especially now that we have the support of all the international community.”
More than a dozen planes and ships have been participating in the multinational search across an area of some 185,000 square miles, which is roughly the size of Spain
Some family members have denounced the navy’s response to the disappearance and the condition of the 30-year-old vessel.
Although Mr Macri said that it is not the time to point fingers at anyone, he promised a probe of the sub’s disappearance. 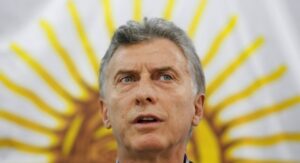