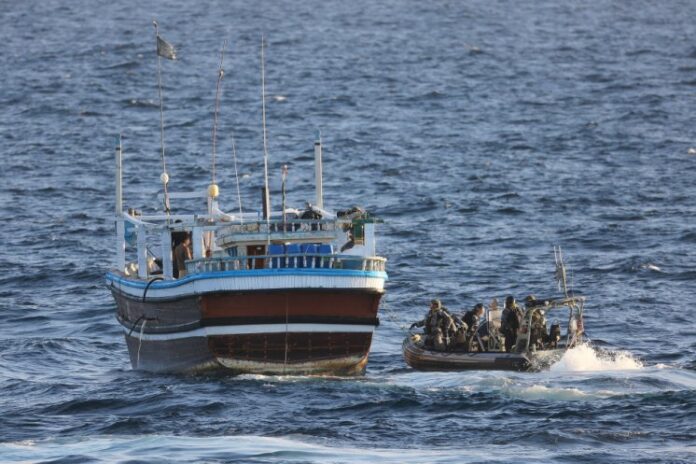 Warramunga intercepted and boarded three suspect vessels between 27 and 29 December 2017, in an operation planned and coordinated by the Combined Maritime Forces’ Combined Task Force 150 which is currently commanded by Australia—supported by a combined Australian-Canadian staff.

The illegal drug haul is the largest quantity of hashish seized by an Australian ship on Middle East maritime security operations with the overall haul estimated to be valued at around AUD$415 million.

This calculation is a based on the Australian Criminal Intelligence Commission Illicit Drug Data Report 2015–16 figures for Cannabis Resin (Hashish) at $50 per gram and Heroin at $300,000 per kilogram.

The illegal drugs were transferred to Warramunga for later disposal at sea.