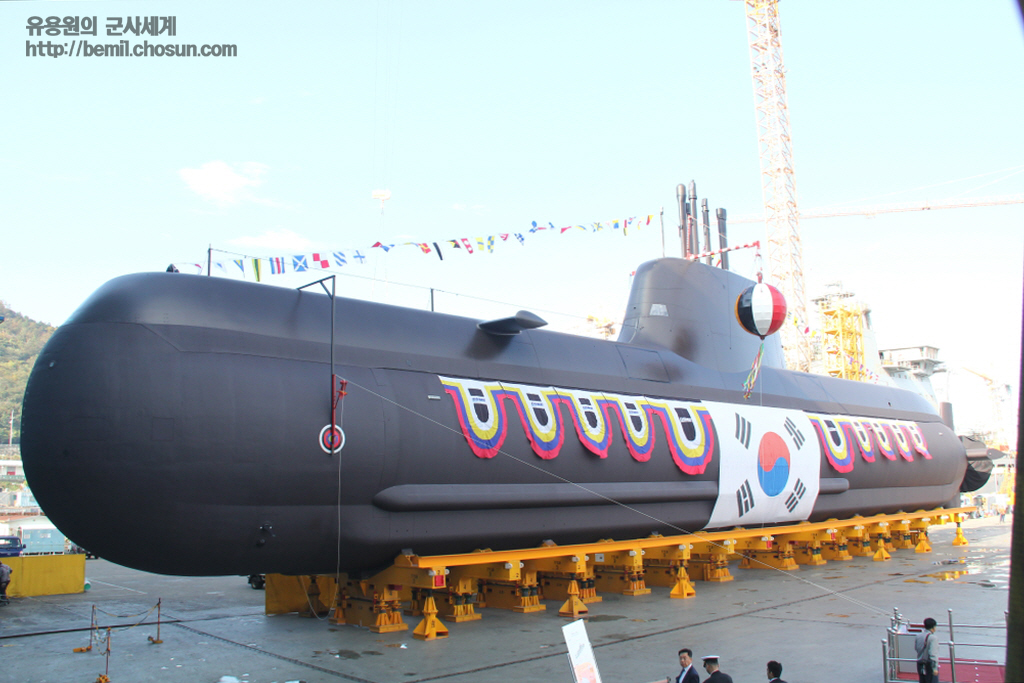 RoKN’s seventh KSS-2 submarine to start operations in May
The Republic of Korea Navy’s (RoKN’s) seventh air-independent propulsion (AIP)-capable KSS-2 (Type 214) diesel-electric attack submarine will be operationally deployed from May this year, according to statement issued by South Korea’s Defense Acquisition Program Administration (DAPA) on 19 January.
The RoKN is expected to operate a fleet of nine KSS-2 submarines by 2019.
The submarine can reach depths of up to 400 m. The KSS-2 class has a maximum speed of 20 kt when dived and of 12 kt when surfaced. Each platform is equipped with bow- and flank-mounted as well as towed-array sonars.