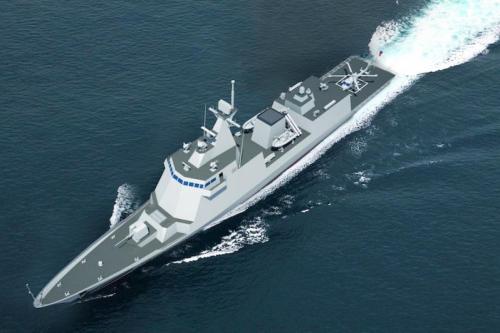 A group of Philippine opposition senators has sought a public inquiry into the navy’s 15.7 billion peso ($310 million) acquisition of a frigate from a South Korean firm, after media said the president’s closest aide had meddled in the deal.
President Rodrigo Duterte is furious at media reports that his longtime special assistant, Christopher “Bong” Go, had intervened to help a South Korean sub-contractor win the right to install a combat management system on the two missile-capable vessels, which are due for delivery in 2020.
Go has denied any wrongdoing.
The frigate issue cost former navy chief Vice Admiral Ronald Joseph Mercado his job last month. Defence Secretary Delfin Lorenzana said Mercado was sacked because he kept insisting those ships be installed with combat systems made by a Dutch company.
Mercado and Lorenzana have both said Go had not intervened.
But opposition senators want an inquiry to establish whether or not there were violations of the government’s procurement laws and if the president aides had intervened in what they said was the first military procurement of the Duterte administration.
The resolution was filed on Tuesday (Jan 16) and asks two senate panels to look into the August 2016 contract, part of the military’s five-year 125 billion peso ($2.46 billion) modernization program.
The Philippine Daily Inquirer newspaper and news site Rappler uploaded on their websites what they said were leaked copies of a document originating from the Office of the President, which asked the navy to look at the South Korean contractor’s proposal.
Lorenzana, however, said he gave the document to the former navy commander a year ago but was unsure whether the papers came from Go and if Go personally handed him the South Korean contractor’s proposal.