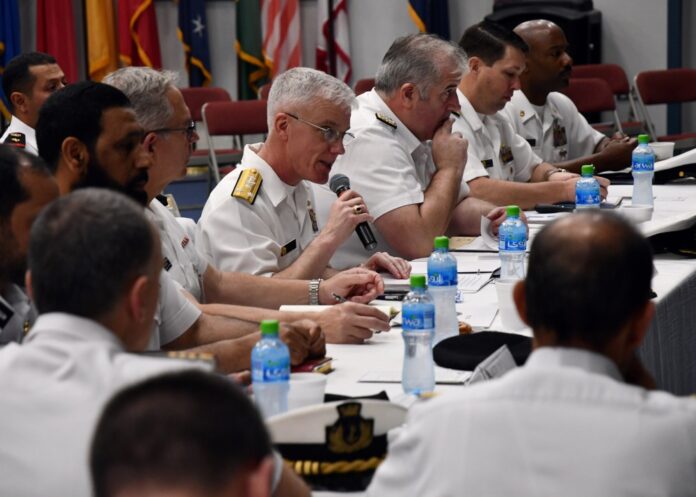 The Ministry of Foreign Affairs confirms that the Kingdom of Bahrain is preparing to host a maritime and air navigation security meeting in the coming period in cooperation with the United States of America and the Republic of Poland. More than 60 countries will participate in the event, which is one of the outcomes of the International Conference in Support of Security and Peace in the Middle East held in Warsaw last February.

As the tension in the Gulf have spiked in recent months, with the US blaming Iran for a series of tanker attacks in and near the highly strategic Strait of Hormuz, charges Iran denies, this meeting would be meaningful.

This initiative comes within the framework of the role played by the Kingdom of Bahrain to contribute to the establishment of security and stability in the region, raise awareness of the dangers that threaten the region in light of Iran’s practices which pose a great threat to maritime and air navigation, and reflect the policy of the Kingdom of Bahrain based on the need to strengthen international cooperation in the face of all problems and crises that threaten international peace and security.

The Ministry of Foreign Affairs stresses that this meeting will provide an opportunity for consultation and exchange of visions among many countries in the world, to find ways to deter the Iranian threat and ensure freedom of navigation in this strategic region to the world.