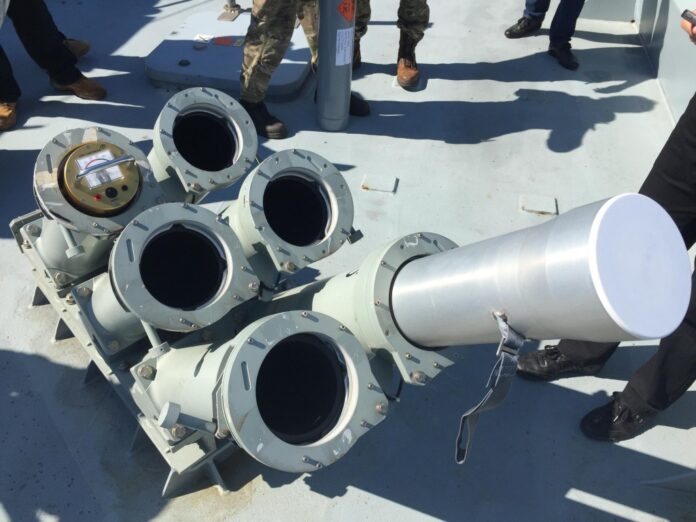 Naval Group shipbuilding company is attending so many projects and improving its market around the world. They made a glorious success at producting Suffren nuclear powered submarine, this event is still being talked at defense industry environment. Then they were nominated to be partner of Romanian corvette programme. Today we share the news from far continent, Australia.

Naval Group has claimed a proposal to the Australian government to be the partner of their doestic industry to produce its CANTO anti-torpedo decoys for the Royal Australian Navy (RAN), the company has announced.

The proposal contains not only manufacture the CANTO system, but also support Australian defense industry about know-how technology. “This sharing of expertise and experience will not only contribute to Australia’s defence landscape but boost local manufacturing,” it said.

The details of the proposal are not declared by the company, but it is likely linked to its programme to deliver 12 Attack-class submarines to the Royal Australian Navy.

CANTO is an anti-topredo defence system CANTO® represents a breakthrough in the fi eld of antitorpedo defence. Based on dilution/confusion concept, it is the only solution capable of protecting submarines against both the most advanced and the previous
generation torpedoes.

Unlike the seduction based decoy, CANTO® acts completely independently of the attacking torpedo(es). Its principle consists in saturating the torpedo sonar and data processing by generating a permanently renewed tactical picture resulting in exhausting the torpedo(es) energy.

Thanks to the small number of CANTO® needed by salvo and its associated compact launching system, CANTO® can be easily installed on board any submarine (SSK, SSN, SSBN).

For further information, you can download the brochure from here