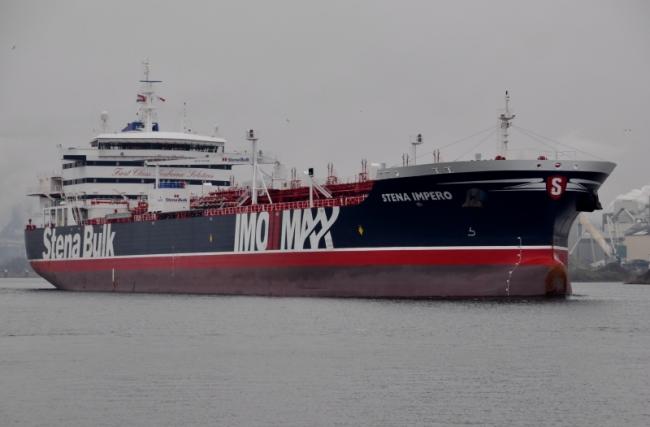 The Iranian Revolutionary Guards announced that the British tanker Stena Impero petrol oil tanker was stopped and detained in the Strait of Hormuz. Tanker, “does not comply with the rules of international maritime” was stopped on the grounds said.

“We are urgently trying to find out more about the incident in the Gulf, and we are assessing the situation” the UK Defense Department said in a statement regarding the stopping of the tanker.

Stena Bulk and Northern Marine Management, the owner of the tanker, also made a written statement. “We can confirm that unidentified vehicles and a helicopter approached the Stena Impero tanker at around 16:00 UK time in international waters when passing through the Strait of Hormuz. We are currently unable to communicate with the tanker moving north towards Iran”

Iran warned that the detention of the tanker by Gibraltar would have “consequences for England. Iranian officials said that if the tanker was not returned, a British tanker could be seized in retaliation.