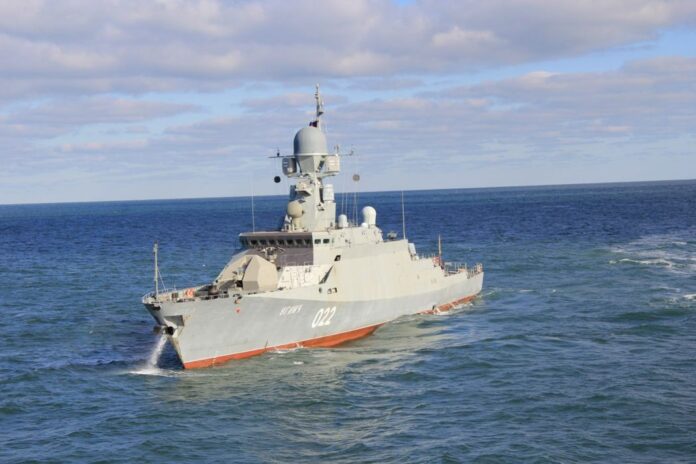 “Overnight to Tuesday, the Uglich passed through the Black Sea straits and entered the Mediterranean Sea,” the source said.

The missile corvette Uglich earlier made a transit from the Caspian to the Black Sea through the Russian internal waterways, the source said.

We couldn’t verify the reason of shifting, but as known commonly countries may shift force when needed, especially from low-stress area to high stressed area. It might be because of the current situation of east mediterranean.

The Soviet Navy’s 5th Mediterranean Squadron served as a prototype for the Russian Navy’s permanent Mediterranean taskforce operating at present. The 5th operational Soviet Squadron dealt with the tasks of naval presence in the Mediterranean theater of operations during the Cold War period.

Its main rival was the US Navy’s 6th Fleet. The Soviet Squadron was disbanded on December 31, 1992, a year after the disintegration of the Soviet Union.

As it emerged in 2013, Russia was creating a new operational Mediterranean taskforce in its modern history. Russia’s new permanent taskforce is dealing with planned and emergency combat missions arising in the Mediterranean theater of operations, including warding off threats for Russia’s national and military security.