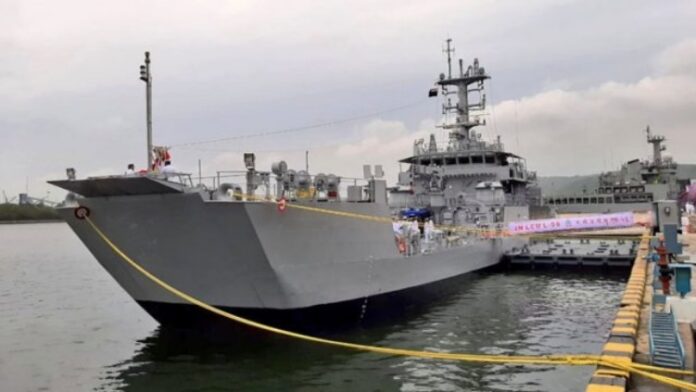 Amid the increasing presence of Chinese warships in the Indian Ocean Region, the Indian Navy has added an amphibious ship which can carry 145 tons of military equipment in addition to 160 troops with a speed of over 15 kt (knot). It aims to have a fleet of 200 warships by 2027, but currently, has only 130 navy vessels.

The first LCU of this class was commissioned in March 2017. For the last three years, India has enhanced its naval capabilities at the tri-service command with the addition of a floating dock for warships, P-8i spy planes (submarine killers), and land-based long-range missile facilities.

The Indian Navy has been stepping up its modernisation plan amid the increasing presence of Chinese warships and submarines (6-8 ships at any given time) in the northern part of the Indian Ocean, challenging its dominance.

Earlier this month, the Indian Navy invited seven global shipyards to submit proposals for the construction of six missile-bearing and smaller vessels worth $2.2 billion including the development of six conventional submarines.