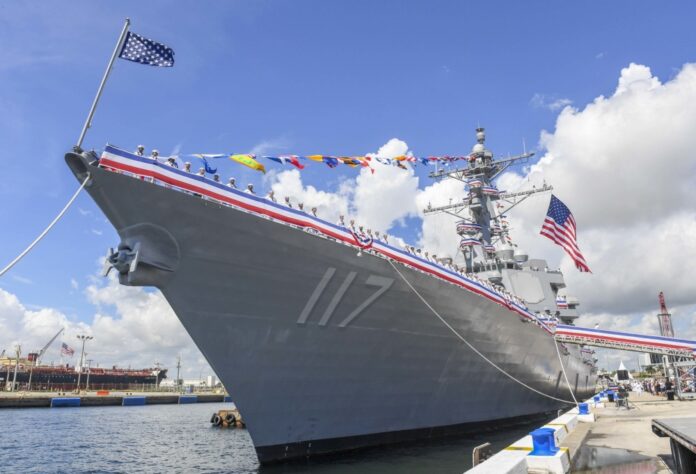 Name of DDG-117 in honour of Paul Robert Ignatius, who served in the US Navy during the Second World War-II and later during the Lyndon B. Johnson administration as Assistant Secretary of Defense (Installations and Logistics) 1964-1967, and Secretary of the Navy 1967-1969. Ignatius’ wife, Nancy, who passed away earlier this year, is the ship’s sponsor. Dr. Elisa Ignatius, granddaughter to the late Nancy Ignatius, served as the ship sponsor representative.

It’s home port will be near Jacksonville.