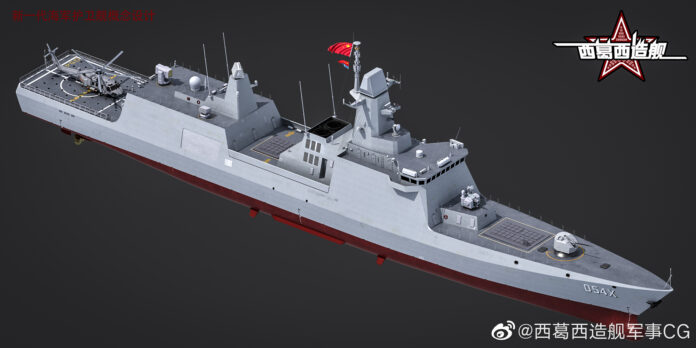 Some Chinese social media accounts have shared China’s next-generation frigate images today. The frigate, which is Type 054A successor, is referred Type 054X in the images.

As seen from the pictures, Type 054X has been fitted with the new radars, one of which was seen on the Type 909A weapon trials ship recently. Compared to the Type 054A frigates, it has an H/PJ-12(Type 730) CIWS at the bow and an additional VLS located amidships.

The 054X is also likely to have improvements in speed, range, subsystems and endurance compared to the 054A.

Four 054A derivatives, called 054APs, are currently being produced for export to Pakistan, and are likely to see certain subsystem modifications from the PLAN’s current in-service 054As.