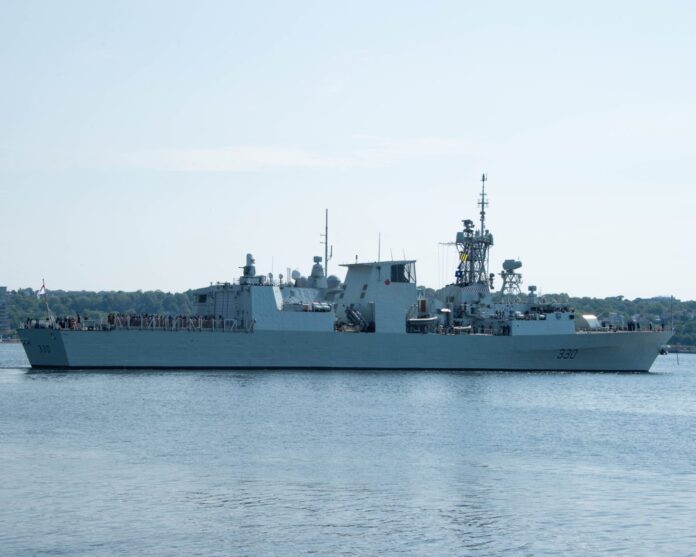 Royal Canadian Navy’s HMCS Halifax departs Halifax on July 6 for a 6-month overseas deployment and will act as the flagship for NATO MARCOM Standing NATO Maritime Group Two (SNMG 2). The ship is bound to the Mediterranean Sea for Operation REASSURANCE, which Canada has been taking part in since 2014.

It’s a mission in which Canada commits a ship consistently in the region over there to assure our NATO alliance, allies, that Canada is there and we support all the endeavors of the NATO missions overseas,” said Commander Scott Nelson, Commanding Officer of the HMCS Halifax.

While Canadian ships have consistently been part of the Operation REASSURANCE this will be the first time since 2006 that a Canadian Ship has acted as a Flagship.