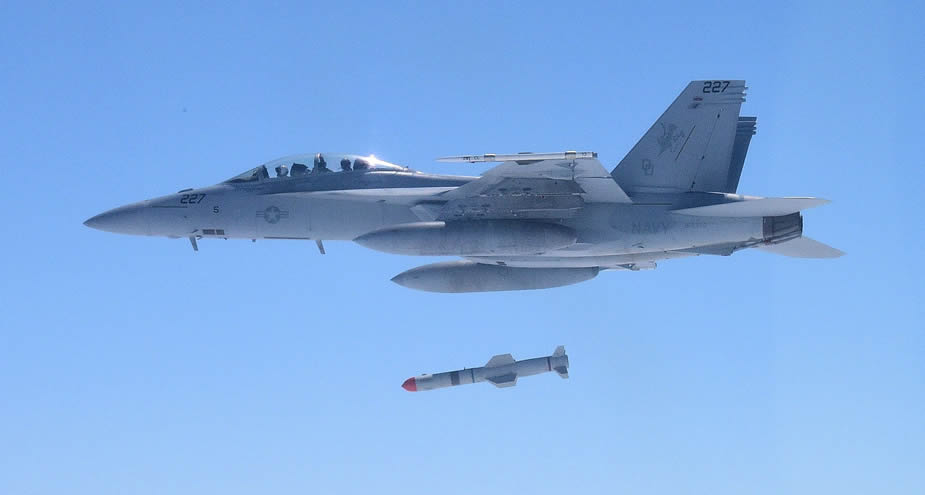 Harpoon Block II+ anti-ship missile completes operational test shot.
The U.S. Navy is closer to delivering the new Harpoon Block II+ missile to the fleet after completing a flight test Jan. 22 at Point Mugu Sea Test Range.
The test demonstrated the missile’s ability to talk with the newest F/A-18’s software upgrade as the interface becomes operational on the F/A-18 Super Hornet system.
The Harpoon Block II+ provides a rapid-capability enhancement for the Navy that includes a new GPS guidance kit, reliability and survivability of the weapon, a new data link interface that enables in-flight updates, improved target selectivity, an abort option and enhanced resistance to electronic countermeasures. It can be launched from multiple air and surface platforms.
This test marks a series of Harpoon advancements in the last few years as part of a rapid weapon integration effort supporting the US Navy’s strategy of distributed lethality. The U.S. Navy plans to deploy this capability in late FY18.