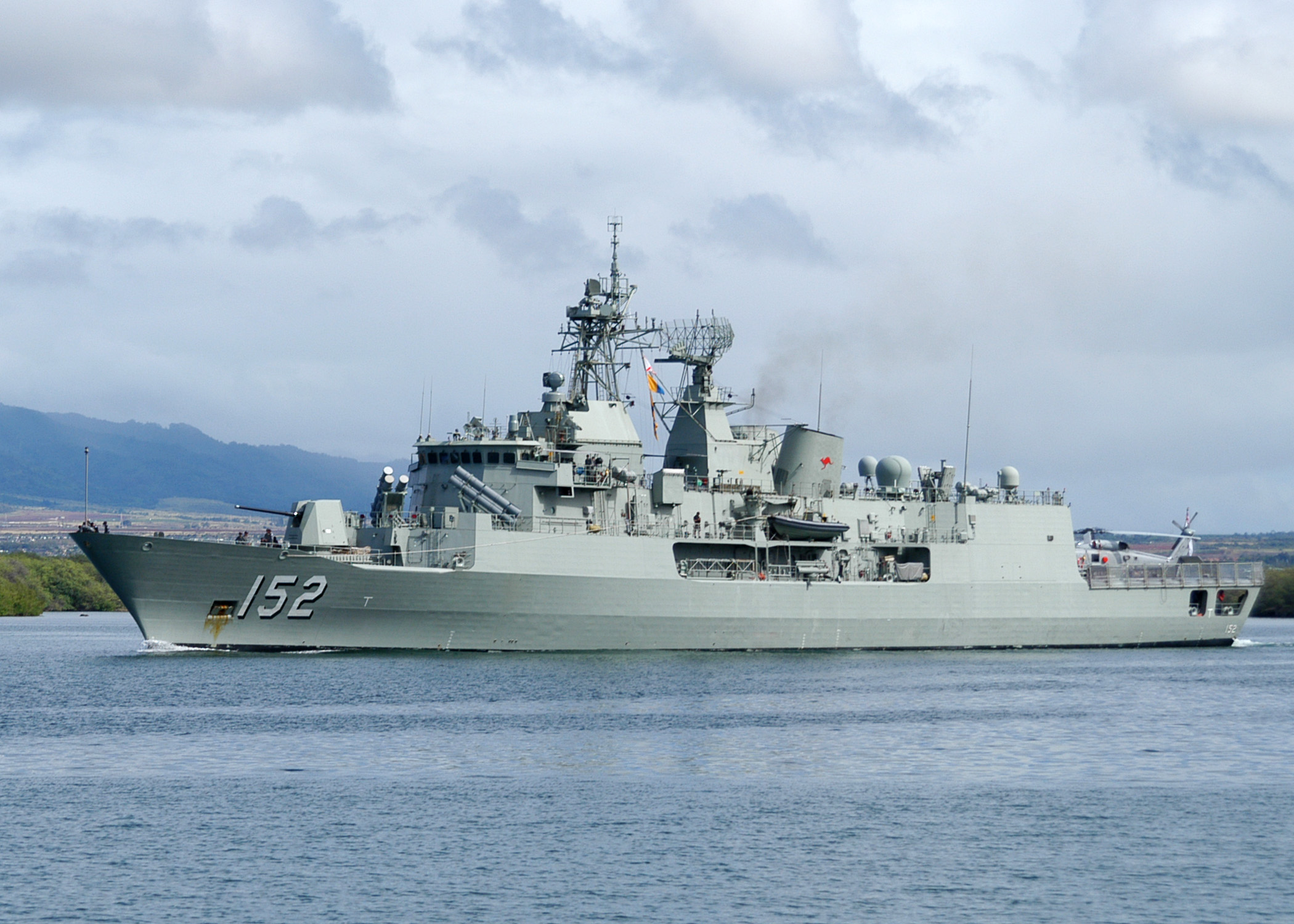 International assets from Combined Task Force (CTF) 150, part of the Combined Maritime Forces (CMF), teamed up in a counter drugs operation in the Indian Ocean on January 24, 2018, seizing 834 bags of heroin weighing 915 kilograms. This is the fourth confiscation of drugs in recent months by CTF 150, currently under Australian leadership with a combined Australian and Canadian staff.
Whilst conducting patrols in support of CTF 150, in the Western Indian Ocean on 23 January 2018, a Royal New Zealand Air Force (RNZAF) Maritime Patrol and Reconnaissance Aircraft (MPRA) detected a suspicious dhow. Her Majesty’s Australian Ship (HMAS) Warramunga closed in on the suspicious vessel and further investigations led to the boarding of the dhow on 24 January.
During the searches, it was determined that the vessel was without nationality and the crew may be involved in illegal activity. CTF 150 was authorised to conduct searches of the suspect vessel and in the process located a quantity of drugs. HMAS Warramunga quickly investigated, and during the course of boarding operations, discovered heroin valued at over $220 million USD*.
This is the fourth interdiction of illegal drugs since Australia took the helm of CTF 150 in November 2017 and brings the total drugs seized to more than 11 tonnes of hashish and one tonne of heroin, valued in excess of $700 million USD. The illegal drugs were then transferred to HMAS Warramunga for safe disposal at sea. 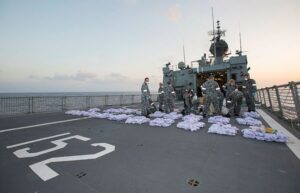 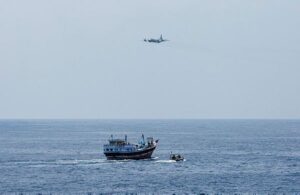 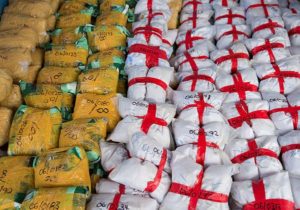 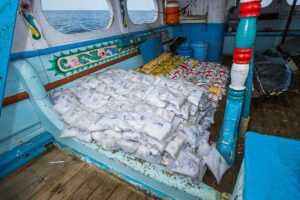