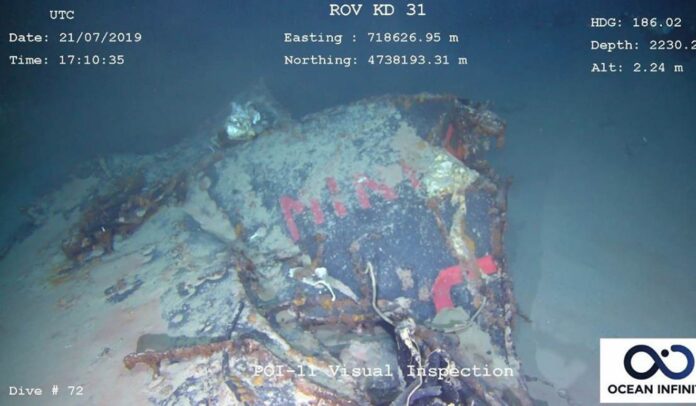 Families of the doomed crew of a French submarine that vanished 51 years ago reacted with joy and relief after the wreckage was finally found. The submarine Minerve vanished with 52 crew members on board as it was conducting exercises in the western Mediterranean with a maritime patrol aircraft on January 27, 1968.

Parly on Twitter hailed the discovery as “a success, a relief and a technical feat”, adding she was thinking of the families who had “waited for this moment for so long”.

Previous efforts to find the submarine were all unsuccessful. The new search team reportedly re-analysed data from the accident, including tides, to help find the wreckage with the help of new technology.

The final discovery was made by a boat belonging to private US company Ocean Infinity, an unnamed French naval official told the news agency.

We hope this incident would relief the families of the crew who suffer from sorrow for half a century.