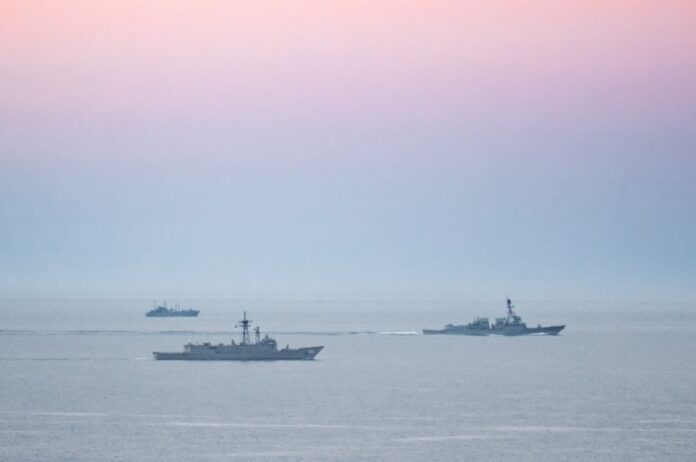 Joint military exercise “Eagle Salute – Eagle Response 2019” has begun on 22nd July, with participation of Egyptian, US and UAE naval and air forces, at the territorial waters in the Red Sea. Saudi Arabia is participating in the exercises as an observer.

Various naval units of the participants’ naval forces are taking part in the exercise that is set to last for several days.

The forces contains frigates, missile-launching boats and MCM ships in the excersises. Moreover, special naval units, the coast guard, and F16 jet fighters are taking part in the drills.

The excersises were preceded by holding a joint conference and pre-sail briefing for the participant forces in order to establish strong cohesion and communication among them and unify their operational concepts before they started the drill.

Special Egypt and US forces began the Eagle excersise by conducting a search of a suspected ship practical drill.

The exercise aims to improve cooperation between the Egyptian Armed Forces and friend and brotherly countries, share knowledge of the latest in military systems and techniques, and strengthen the efforts to achieve naval security and stabilty in the region, the statement explained.