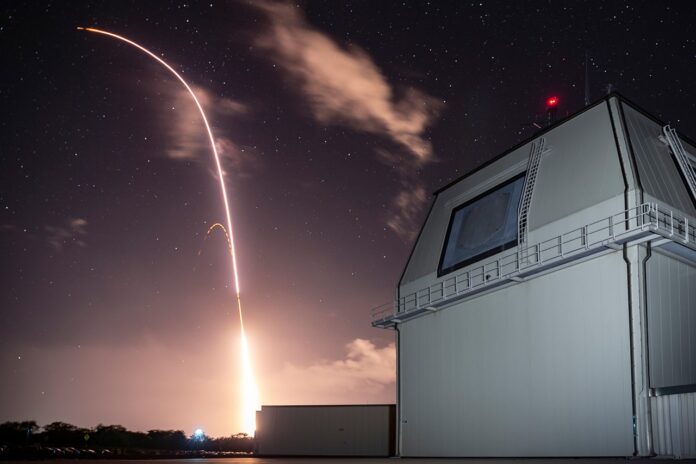 How to stop Hypersonic Weapons?

The best approach is a network of satellites so far. Defenders with capable terrestrial and space sensors will have only a few minutes to know these missiles are inbound, and lesser adversaries will likely not have any significant warning. Given short timelines and high speed, only very responsive and capable defensive measures would have any chance of defeating the incoming missiles. This likely means that new, space- or terrestrial-based area defense systems, such as boost intercept or highly capable midcourse intercept systems, would be required. These types of systems do not currently exist and would require significant investments to develop and deploy.

Advanced terminal (or point) defenses could provide some effectiveness against these high-speed maneuverable missiles. However, such point defenses would likely only be deployed to protect high-value facilities or weapon systems; protecting all potential targets including civilian facilities could be cost prohibitive. Furthermore, even if a target is equipped with advanced point defenses such that it is able to defend against an HCM or HGV, it may still be vulnerable to salvos of such weapons, especially if these simultaneous attacks use maneuverable vehicles capable of controlling the timing and direction of the attacks.

Defenders may work to develop directed energy defenses, such as lasers, but if such systems were terrestrial-based, they would be challenged by clouds or other atmospheric disturbances and by the need to hit and destroy fast-maneuvering missiles that are equipped with capable thermal protection systems. While a laser beam travels at the speed of light, rendering a near instantaneous time of flight, the beam must dwell continuously and for a significant length of time on a spot on the target to destroy it. The hypersonic weapon’s thermal protection system may inherently harden the missile against laser weapons, such that the required laser spot dwell time may be relatively long to burn through or sufficiently degrade the thermal protection system (potentially several tens of seconds or longer). Altitude will also contribute to these missiles’ effectiveness, at least in the near term. HCMs will likely be capable of flying at altitudes between 20 km and 30 km, and HGVs will fly at altitudes between about 40 km and 100 km. While the HCM’s flight altitudes may be within the upper end of the operating envelope of today’s most capable surface-to-air missiles, the combination of altitude, maneuverability, and speed would greatly limit the effectiveness of these defenses. HGVs will fly above the maximum effective altitudes of most surface-to-air missiles, but very likely below the altitudes where exo-atmospheric defenses are designed to intercept inbound reentry vehicles.

Point defense systems such as U.S. Terminal High-Altitude Area Defense (THAAD), could very plausibly be adapted to deal with hypersonic missiles. The disadvantage of those systems is that they can only defend small areas. To defend the whole of the country, you would need an unaffordable number of THAAD batteries.

Nations doesn’t have an effective defensive capability against hypersonic weapons yet.

Such sensors could theoretically extend the range at which incoming missiles could be detected and tracked—a critical requirement for hypersonic missile defense. MDA requested $206.8 million for hypersonic defense in FY2021—up from its $157.4 million FY2020 request—and $659 million across the FYDP.

In addition, DARPA is working on a program called Glide Breaker, which “will develop critical component technology to support a lightweight vehicle designed for precise engagement of hypersonic threats at very long range.” DARPA requested $3 million for Glide Breaker in FY2021—down from $10 million in FY2020.

The S-500 Prometey also known as 55R6M “Triumfator-M”, is a Russian surface-to-air missile/anti-ballistic missile system intended to replace the A-135 missile system currently in use, and supplement the S-400. The S-500 is under development by the Almaz-Antey Air Defence Concern. Initially planned to be in production by 2014, it is currently targeting 2025 for deployment. With its characteristics, it will be very similar to the US Terminal High Altitude Area Defense (THAAD) system.

The S-500 is a new-generation surface-to-air missile system. It is designed for intercepting and destroying intercontinental ballistic missiles, as well as hypersonic cruise missiles and aircraft, for air defense against Airborne Early Warning and Control and for jamming aircraft. With a planned range of 600 km (370 mi) for anti-ballistic missile (ABM) and 500 km (310 mi) for the air defence, the S-500 would be able to detect and simultaneously engage up to 10 ballistic hypersonic targets flying at a speed of 5 kilometres per second (3.1 mi/s; 18,000 km/h; 11,000 mph) to a limit of 7 km/s (4.3 mi/s; 25,000 km/h; 16,000 mph). It also aims at destroying hypersonic cruise missiles and other aerial targets at speeds of higher than Mach 5, as well as spacecraft. The altitude of a target engaged can be as high as 180–200 km (110–120 mi). It is effective against ballistic missiles with a launch range of 3,500 km (2,200 mi), the radar reaches a radius of 3,000 km (1,300 km for the EPR 0,1 square meter). Other targets it has been announced to defend against include: unmanned aerial vehicles, low Earth orbit satellites, and space weapons launched from hypersonic aircraft, drones, and hypersonic orbital platforms.