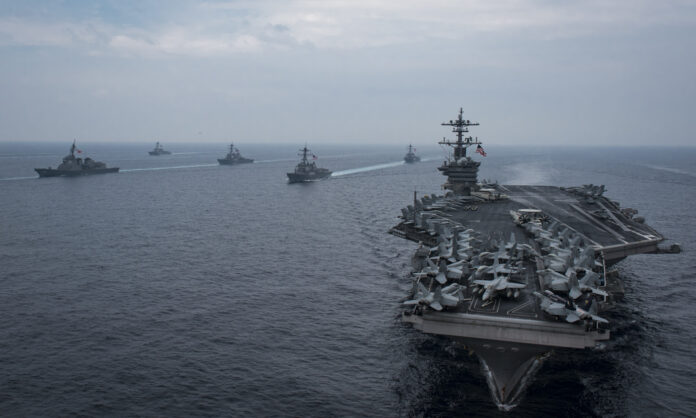 The deployment marks the second time the Carl Vinson Strike Group will operate throughout the Indo- Pacific region under U.S. 3rd Fleet’s command and control. The strike group became the first in recent history to demonstrate the command and control construct called Third Fleet Forward when units completed a six-month deployment last year.

Michael Murphy is based in Hawaii and will later join the strike group as it transits toward the Western Pacific.

In November, ships and units completed a three-week sustainment training exercise off the coast of Southern California. The strike group demonstrated readiness for executing missions across all warfare areas after successfully conducting a series of at-sea drills, missile shoots, and strike operations using a variety of naval platforms and weapons.