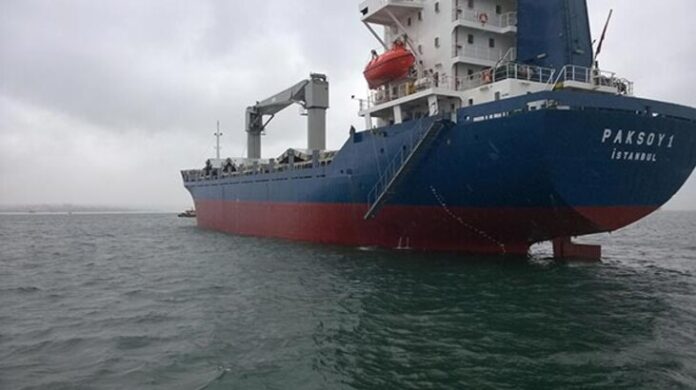 An armed gang has attacked a Turkish cargo ship off the coast of Nigeria and kidnapped 10 of the vessel’s crew members, Turkey’s state-run news agency said.

Shipping company Kadioglu Denizcilik said in a statement the vessel was attacked by “pirates” on its way from Cameroon to the Ivory Coast.

The Turkish-flagged Paksoy-1 cargo ship was boarded in the Gulf of Guinea without any freight on board, Kadioglu said on Tuesday. Turkey’s foreign ministry said the sailors were seized on Saturday evening (13rd July).

The ship was carrying 18 crew members at the time – all Turkish citizens. The eight remaining crew were rescued and taken to Ghana, the ministry said.

Private NTV television said the pirates approached the ship on speed boats and seized the sailors. They have not been heard from since.

“According to initial information, there were no injuries or casualties. Efforts for all our personnel to be safely released continue,” the company said.

This is the common attidutes of such gangs, they board on the defensless ship, rob whatever they find, kidnapp some of the crew (mostly high rank sailors) and demand ransom for them.

The International Maritime Bureau (IMB) recently described the Gulf of Guinea as the most dangerous area in the world for shipping; 73 percent of all sea kidnappings and 92 percent of hostage-takings occur there, with pirates normally taking sailors for ransom.