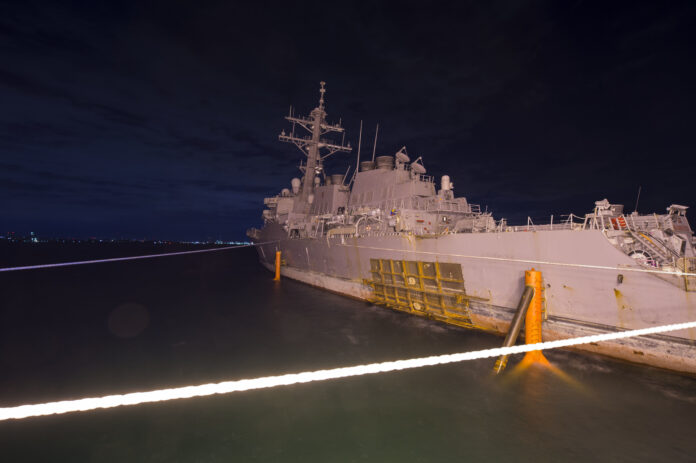 “SRF is making preparations to begin remediation and repair efforts immediately once the ship is dockside,” said Lt. Cmdr. Sandra Wyman assigned to SRF-JRMC. “The project will be one of the largest SRF has undertaken.”

McCain was involved in a collision with the merchant vessel Alnic MC while underway east of the Straits of Malacca and Singapore Aug. 21. After the incident the ship pulled into Changi Naval Base, Singapore where McCain crew members, technicians and divers prepared the destroyer for her journey back to Japan by patching damaged sections of the hull and placing key systems in layup maintenance.

Accompanied by a 10-crew complement to perform security and routine checks, the ship left Singapore for Yokosuka Oct. 5, but was diverted to Subic Bay, Philippines, Oct. 22, due to poor weather conditions and to repair cracks in the ship’s hull discovered after the ship departed Changi Naval Base.

While at anchor in Subic Bay, technicians inspected the cracks and determined the ship needed additional blocks under it to support and distribute its weight on the heavy lift vessel. McCain left Subic Bay for the final stretch of its journey Nov. 28. 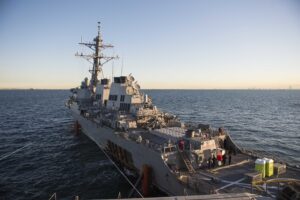 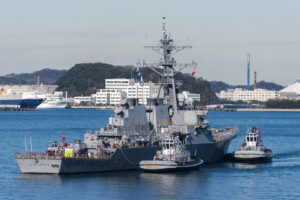 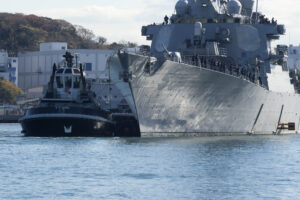 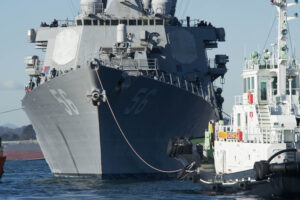 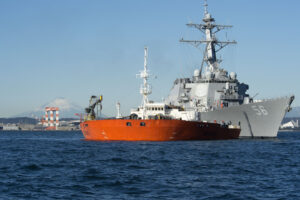