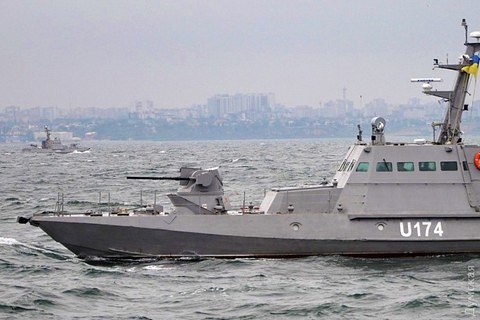 Ukraine needs to bolster its presence in the Sea of Azov and the Black Sea to “adequately counter Russia’s expansion,” Ukrainian National Security and Defense Council (NSDC) Secretary Oleksandr Turchynov has said.
Turchynov visited the area where the Joint Forces Operation is being conducted to check the coastal defense of the Sea of Azov, the NSDC said on its website on Friday (Aug 10). He discussed the deployment of a naval force to the Sea of Azov with the Ukrainian Navy command.
The naval presence in this area should be enhanced by “redeploying some ships and hovercraft of the Ukrainian Navy, placing additional posts for observation of the coastline and the waters, and forming groups to respond quickly to provocations staged by Russia in the Sea of Azov,” Turchynov said.
Turchynov met with the heads of the State Border Service at the Mariupol Seaport to set goals regarding the provision of equipment and the strengthening of the maritime component of the protection of the southern border. “We are witnessing Russia’s attempt to begin a military and economic blockade of the Ukrainian coast of the Sea of Azov,” he said