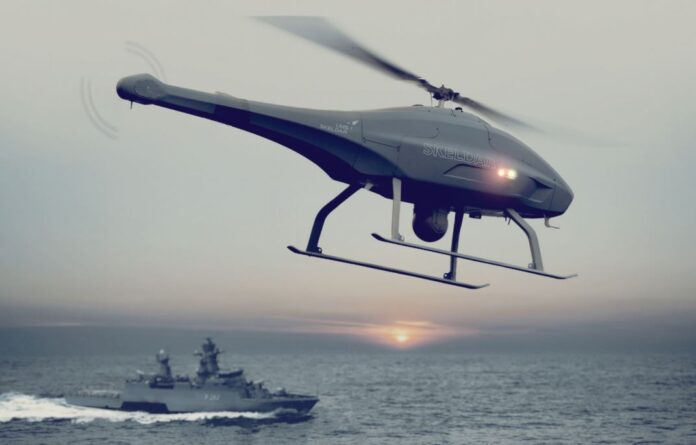 UMS Skeldar has been contracted to deliver vertical take-off and landing (VTOL) unmanned aerial vehicles (UAV) to the German Navy. The German defence procurement agency BAAINBw signed a contract with UMS Skeldar’s key partner ESG as prime contractor on 3 August.
One VTOL unmanned aerial system (UAS) consists of two V-200 SKELDAR UAVs. One UAS is scheduled to be delivered in December 2019 and deployed aboard the K130 “Braunschweig”-class corvettes.
According to news sources, this contract does not represent the German Navy’s final decision on the final choice of an UAS. Earlier this year, the German Navy ordered three AeroVironment PUMA AE II systems (at two aircraft each).