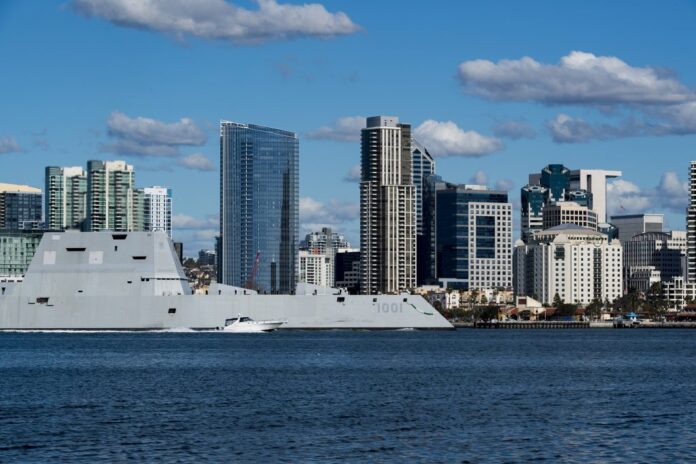 “USS Michael Monsoor is one of the most capable warfighting assets our nation has to offer,” Secretary of the Navy Richard Spencer said in a statement prior to the commissioning ceremony, which took place in San Diego, California, the ship’s home port.

The ship, hull numbered DDG 1001, is named after Navy Petty Officer 2nd Class Michael Monsoor, who was posthumously awarded the Medal of Honor for his heroic actions in Ramadi, Iraq on Sept. 29, 2006.

The USS Michael Monsoor includes new technologies and will serve as a multi-mission platform capable of operating as an integral part of naval, joint or combined maritime forces.

The Zumwalt-class fields a considerably larger flight deck and has capacity for two MH-60R and three VTUAVs to execute a wider array of surface, aviation, and undersea missions that deliver more manpower, firepower, and computing power to the fight. The future USS Michael Monsoor’s Vertical Launch System (VLS) features cells physically larger than similar cells on today’s ships, allowing this class to fire larger and more advanced land and anti-ship missiles in the future.