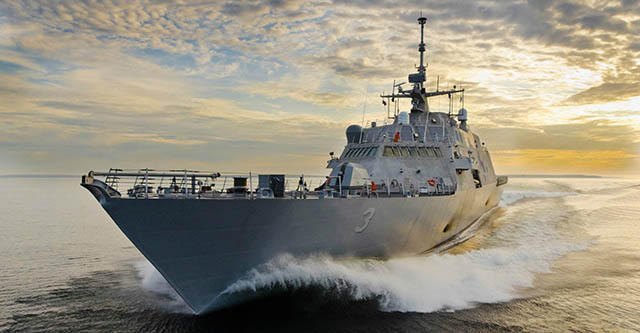 Since its reestablishment in August 2018, Vice Adm. Andrew Lewis, 2nd Fleet (C2F) commander, has led the resurgence of the Navy’s newest numbered Fleet, amid a return to great power competition as outlined in the National Defense Strategy.

“Within an increasingly complex global security environment, our allies and competitors alike are well aware that many of the world’s most active shipping lanes lie within the North Atlantic,” Lewis said. “Combined with the opening of waterways in the Arctic, this competitive space will only grow, and 2nd Fleet’s devotion to the development and employment of capable forces will ensure that our nation is both present and ready to fight in the region if and when called upon.”

Headquartered in Norfolk, Virginia, C2F exercises operational authorities over assigned ships, aircraft and landing forces on the East Coast and the North Atlantic.

The achievement of FOC signifies 2nd Fleet has reached sufficient capacity to sustain command and control over assigned forces using the operational functions and processes of the Maritime Operations Center and Maritime Headquarters, in accordance with Navy Doctrine.

C2F will primarily focus on forward operations and the employment of combat ready naval forces in the Atlantic and Arctic, and to a smaller extent, on force generation and the final training and certification of forces preparing for operations around the globe.

“Our involvement in force generation is limited to the integrated phase – the final stages of the training cycle when our ships are operating at the high-end in aggregate,” Lewis said.

“This is an important distinction from the previous 2nd Fleet that disestablished in 2011 in that it aligns us with all other OCONUS numbered fleets.”

In June, C2F led exercise Baltic Operations on behalf of Naval Forces Europe, marking it the first time the Fleet operated in the European theater since its reestablishment, leveraging increased lethality, interoperability and integrated warfighting capability with regional allies and partners.

Building its expeditionary capability, C2F established a Maritime Operations Center (MOC) this past September in Keflavik, Iceland. This forward operating MOC, made up of approximately 30 members of C2F staff, possessed the ability to command and control forces, provide basic indicators and warnings for situational awareness, and issue orders while maintaining reach-back capability to C2F headquarters.

Additionally, C2F has a trans-Atlantic outlook and understanding that it is intrinsically linked with allies and partners – both up toward the Arctic as well as across the Atlantic.