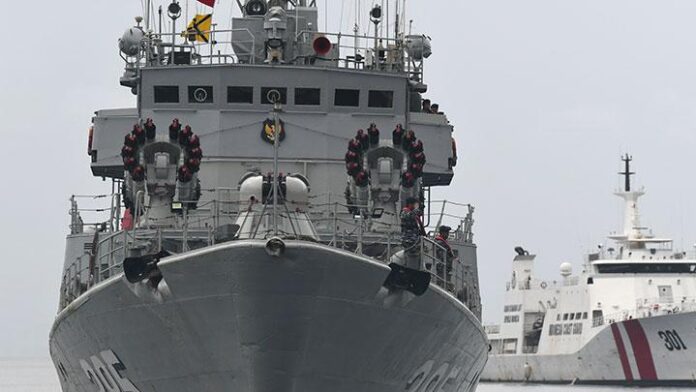 The Indonesian Military has raised combat alert for its forces stationed in the Natuna archipelago – in the south part of the disputed South China Sea – in response to Chinese vessels trespassing into Indonesia’s exclusive economic zone (EEZ).

“Our Navy and Air Force are armed and have been deployed to the North Natuna Sea,” TNI spokesman Maj. Gen. Sisriadi said on Friday (Dec 3)

The TNI has also deployed surveillance and early detection systems to ensure no more ships from China would trespass again.

The Indonesian Foreign Affairs Ministry stated last week that Chinese vessels, including a coast guard boat, had entered Indonesian territory that the country had christened as the North Natuna Sea.

China has been claiming that the area part of its territory, bordered by its self-imposed nine-dash line.

“We are not only deploying ships, but also fighter jets. We are on full alert,” Sisriadi said.

The TNI said they have enough forces at the ready to handle a clash with the Chinese fleet.

He said the TNI would also soon activate a Maritime Information Center to detect any movement by vessels violating Indonesia’s sea borders.

“[The facility] will be able to detect and identify every ship that enters Indonesian waters,” Sisriadi said.