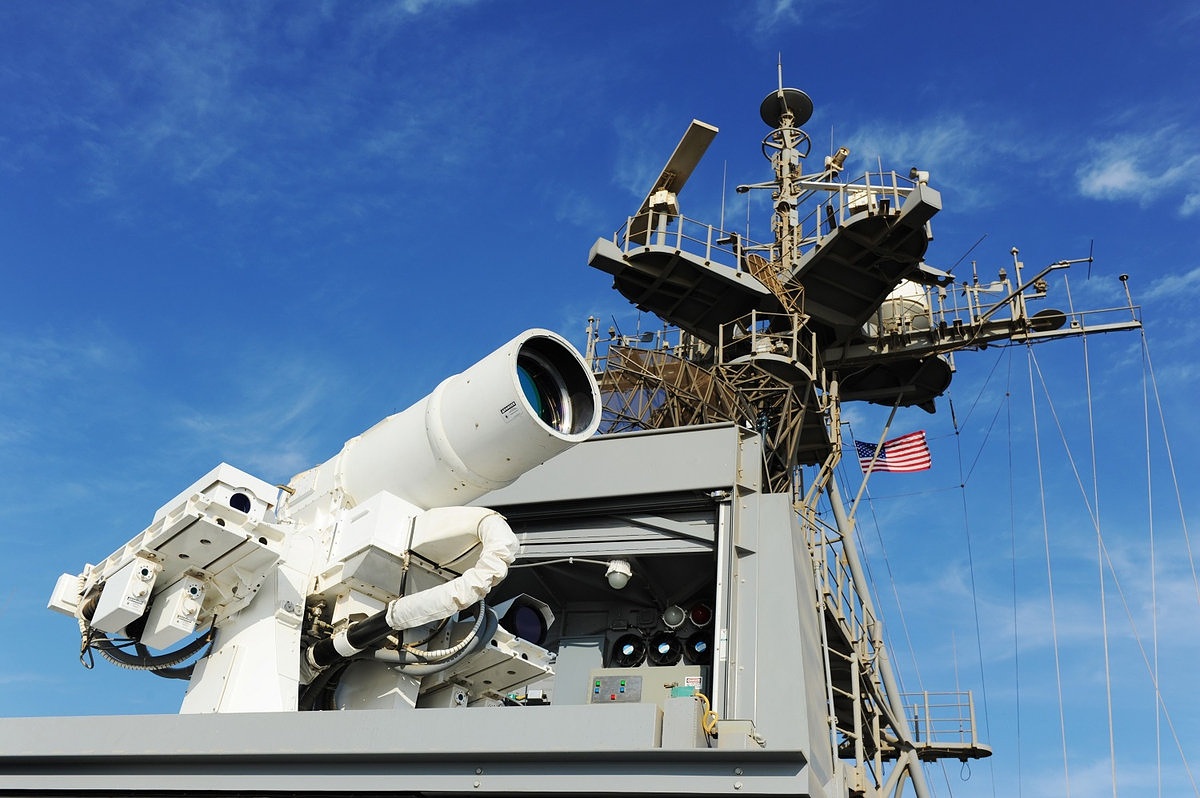 The U.S. Navy will test a new laser weapon aboard the San Antonio-class amphibious ship Portland as early as this fall.
The integration of a laser with the Portland (LPD-27) will be the first such effort since the demonstrations of the prototype Laser Weapon System, or LaWS, aboard the amphibious transport dock ship Ponce in 2014.
At this point, the U.S. Navy has no plans to put a laser onto LPD-28, LPD-29 or the follow on LX amphibious transport dock, said Capt. Brian Metcalf, the program manager for LPD-17 and LX(R).
However, depending on the performance of the system, it could be onboard indefinitely, he said during a briefing at the Surface Navy Association symposium.