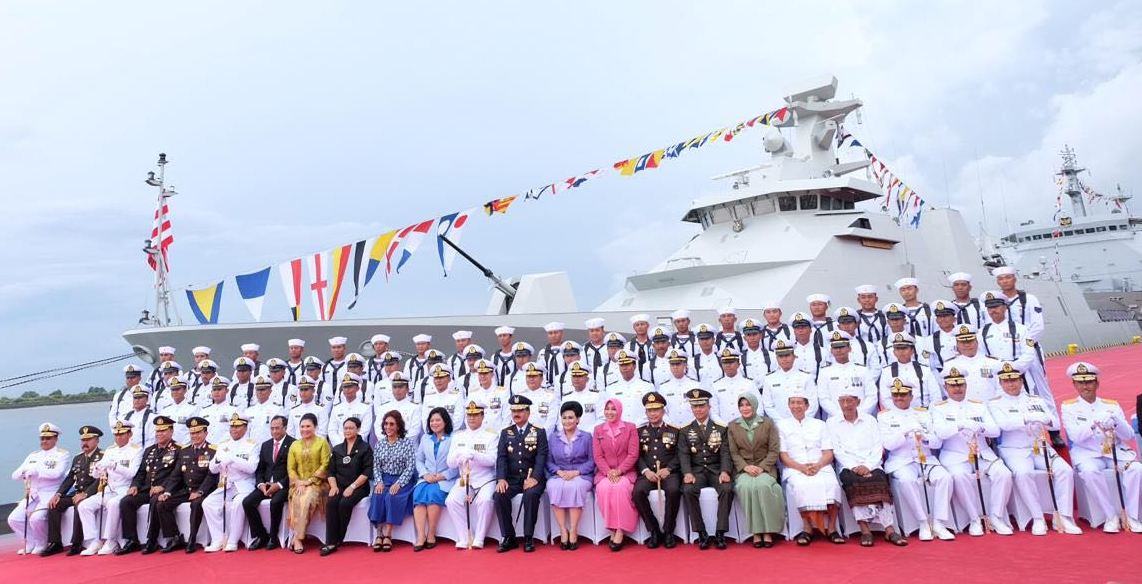 The Indonesian Navy commissioned its second SIGMA 10514 guided missile frigate – KRI I Gusti Ngurah Rai – in a ceremony at Benoa Harbor on January 10.
The vessel was delivered to the Indonesian Navy by shipbuilder PT PAL who worked with Dutch shipbuilder Damen under a transfer of technology agreement.
The SIGMA 10514 is a project initiated in August 2010 by the Indonesian Ministry of Defence. Damen was awarded a contract for the construction of the first SIGMA 10514 PKR in December 2010.
The 105-metre, 2,365 tonne frigates are designed to conduct anti-air, anti-surface and anti-submarine warfare. They are also equipped for maritime security, search and rescue, and humanitarian support tasks.
They are fitted with OTO Melara’s 76/62 mm Super Rapid gun, MBDA’s SSM Exocet MM40 Block 3 anti-ship and MICA anti-air missiles.
PKR-class frigates also come with A-244S torpedoes and Terma’s SKWS Decoy Launching System. Two rigid hull inflatable boats (RHIBs) will be aboard for rescue and patrol operations.