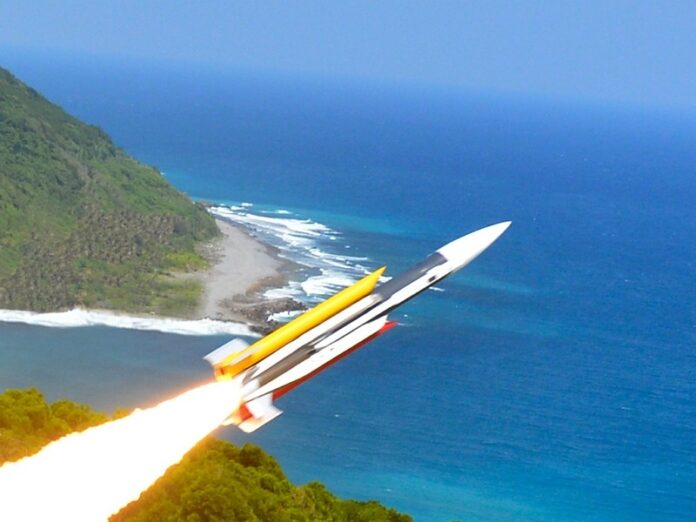 According to the reports of the domestic media of Taiwan, a Yun Feng supersonic land-attack cruise missile with 1500 km range was tested on 14/15 April.

The National Chung-Shan Institute of Science and Technology (NCSIST) of Taiwan is said to have fired a slew of medium-range missiles and rockets earlier this month at the Jiupeng military base in Pingtung, the southernmost county of Taiwan. The tests are believed to have included the Yun Feng missile, a supersonic land-attack cruise missile.

Land-based missile systems including Yun Feng and other cruise missiles are a vital asset of Taiwan’s arsenal when engaging in asymmetric warfare against China, Su stated. As the People’s Liberation Army Air Force (PLAAF) poses the greatest threat to Taiwan in the event of a military conflict, the island country would be able to better defend itself if it could launch attacks on China’s air bases.

NCSIST has declined to comment on reports of the missile tests, citing the sensitivity of the matter.

The Yun Feng (“Cloud Peak”) is a supersonic land attack cruise missile of Taiwan. The missile was developed by the Chungshan Institute of Science and Technology and has a range of about 1200-2000 kilometers. It has a ramjet engine with a solid rocket booster capable of a speed of 1,030 m/s. It can carry a semi-armor piercing high explosive and fragmentation warhead.

In August 2019 mass production of the enhanced Yun Feng cruise missile commenced with an initial order for 20 missiles and 10 mobile launch vehicles. The enhanced variant has been described as a high altitude ramjet powered cruise missile.

The missile is being upgraded to function as a satellite launch vehicle by National Chung-Shan Institute of Science and Technology. This vehicle will be capable of delivering satellites between 50 and 200 kilograms at a low earth orbit of around 500 kilometres.